Here is a coda to the article I wrote last week on how I stayed at the InterContinental in Paris for free using IHG’s ‘Best Rate Guarantee’.

As a reminder, whilst InterContinental had promised me that I would not have to pay the €690 for my room – as I had found it cheaper on another website – the hotel had not agreed this by the time I checked out.  I therefore had to pay for the room and let IHG send me the money back. 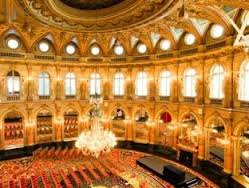 This is what happened:

Three days after I checked out, when the card charge of £596 appeared, I emailed IHG and asked them to pay me in Sterling and not in Euro.  This meant that I wouldn’t lose out on any movement in the exchange rate.  I had also paid the bill using a credit card with a 3% foreign exchange fee, so I wanted to ensure I didn’t lose out there

It took 28 days from checkout for the money to arrive in my account.

IHG paid me the full value of my credit card charge in Sterling as I asked, even though the room charge was in Euro. This meant that I got back exactly what I paid.

However, £20.00 disappeared somewhere! I received £576 and not £596.  It does not seem to be my bank so it seems that IHG’s US bankers or their intermediary took a fee!  I have had this issue before sending money to or from the US.

I do not intend to chase up this £20, however, as it is offset by the 15,500 IHG points earned on the stay because I had to pay for it!  I would not have got these if the hotel had been more efficient and agreed to comp my stay before I checked out.

All in all, the process worked OK.  It certainly was not easy, though:

I had to effectively loan IHG £576 for a month!

That said, compared to paying €690 or using 50,000 points (on points I would have had a far smaller room) it was still worth the trouble!