As I wrote on Thursday, SriLankan Airlines is now a full member of the oneworld alliance.  This means that you can use it to book redemption seats using Avios points.

It is not uncommon on Head for Points and elsewhere to complain about changes to British Airways Executive Club, such as the recent move to make Gold members pay £35 per ticket for changes to bookings. A lot of this came out in the discussion in the comments section on Friday.

However, as the press release I received from oneworld about SriLankan reminded me, the growth of oneworld in recent years has added substantial value to your Avios points. 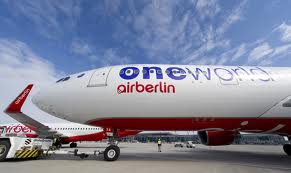 I admit that some of the affiliate member are not hugely useful to a UK resident – LAN Colombia, US Airways Express, Iberia Express and Austria’s Niki for example.  BA’s sister airline transatlantic carrier OpenSkies also joined as an affiliate, but that has always been available as an Avios redemption.

Looking at ‘proper’ airlines, though, we have gained access to:

SriLankan, the first airline from the Indian subcontinent to join an alliance

TAM, the largest airline in Brazil, from March 2014 (was in Star Alliance)

US Airways, which joined in March 2014 following the merger with American Airlines (was in Star Alliance)

Qatar Airways, which joined in October 2013 and was the first of the ‘big three’ Gulf carriers to join an alliance

airberlin, which joined in March 2012 and which offers some outstandingly low tax Avios redemptions, such as New York to Germany for £1 of tax in Business

I wrote larger articles on all of these airlines when they joined, if you do a search via the search box in the top right hand corner.  All of them have something to offer – SriLankan opens new routes to the Maldives, TAM has incredibly low taxes to Brazil, US Airways offers very low taxes to the US (as does airberlin which also has great deals to the Middle East for £75 tax).  Qatar has a very high quality product – better than BA on its newest aircraft by all accounts – and a fantastic network.  Even Malaysia is running brand new A380’s out of Heathrow.

Put together, these additions since 2012 have added 250 new destinations that can now be reached with Avios points.   They have also made it easier to avoid BA fuel surcharges. Let that be a happy thought for you on this Bank Holiday weekend!