The BBC has finally released the transmission dates for ‘A Very British Airline’, a three part fly on the wall series on British Airways. 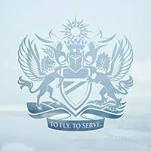 Filmed over 10 months, it covers various ‘stories’ including the launch of the first A380 flights, the preparations for the Chengdu route (which I am told is a commercial disaster, attracting under 50 passengers at times – and on a 787!) and the BA response to a bout of severe weather at JFK.

I was approached by Lion TV last year about this series as they wanted to slot in a series of ‘talking head’ pieces from passengers and industry observers.  I put some people I know forward for filming – it will be interesting to see if they make the final cut!