A lot of Head for Points readers have been enjoying free or heavily reduced meals and drinks in the Shangri-La Hotel in The Shard in London in recent weeks.  They have been redeeming the 1,200 Shangri-La Golden Circle points that were offered during a promotion last year and which convert into £55 per 1,000 points.

I got an email from Shangri-La yesterday to announce that they have launched Instant Dining Awards. (EDIT: After a reader enquired, it seems that this cannot yet be done at The Shard – see the comments – although presumably it will roll out soon.) 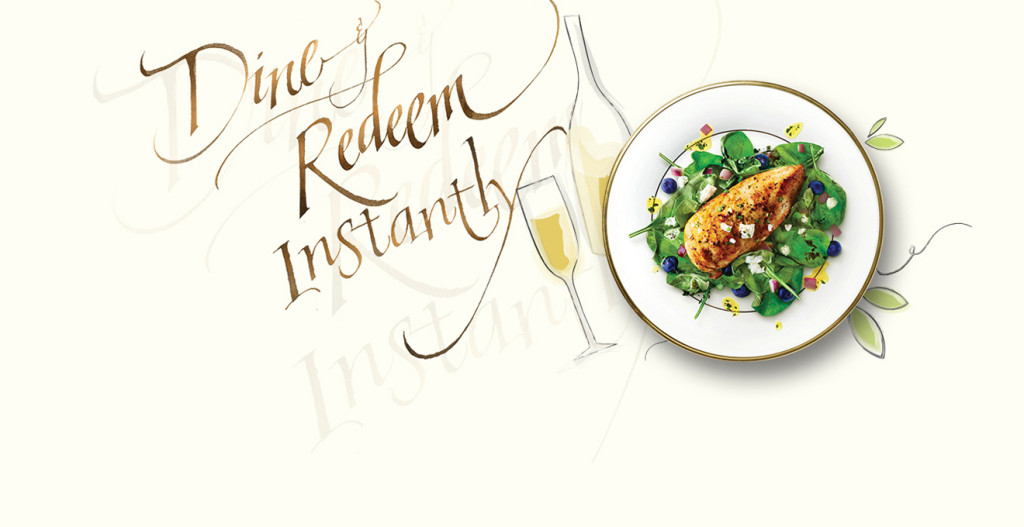 Instant Dining Awards allow you to pay part or all of your Shangri-La restaurant or bar bill with your Golden Circle points.

There seem to be both good and bad reasons for doing this compared to the alternative, which is redeeming 1,000 points for a £55 / $100 voucher:

Instant Awards allow you to use up your ENTIRE Shangri-La points balance.  At present, anyone who has visited The Shard will have redeemed 1,000 points for a £55 voucher.  If you earned the full 1,200 points from the promotion last year, you will have been stuck with 200 orphan points.  With Instant Awards, you can redeem your entire 1,200 points balance so you will get £66 of value for the points.

The rules are a bit vague.  However, there is an implication that only ONE Golden Circle card can be applied to each bill.  If you redeem for vouchers, you are allowed to mix together vouchers from different accounts.

You will not earn Golden Circle points for the part of the cost of your meal paid for with Instant Awards. People do seem to be earning points on the whole bill sometimes if they pay with the paper vouchers. (EDIT: This comment was amended following a comment below.)

Instant Awards cannot be used to pay for the service charge element of your bill.  I don’t think this applies if you use a paper voucher.

With Instant Awards, you are reliant on the Shangri-La IT system working at the time you pay.  The rules state that, if the hotel cannot verify your card balance, it is tough luck and you will have to pay in cash.  You may prefer to order a paper voucher to give yourself 100% certainty of being able to use it.

You need your physical Golden Circle membership card to hand to use an Instant Award, as well as photo ID.

The good news is that paper redemption vouchers (£55 per 1000 points) will still be available.  If any of the small print issues I highlighted above are a problem – it is for me, as I was planning to use a voucher from my account and from my wifes account to settle the same bill – you can still order those via the Shangri-La website.