If anyone was still wondering why US airline Delta bought 49% of Virgin Atlantic last year, the answer is now clear.  It intends to turn it into a UK – US feeder service for its own routes.

That is the only interpretation you can have following the major announcement Virgin made yesterday.  It is scrapping its routes to Tokyo, Cape Town, Mumbai and Vancouver.  Sydney was dropped earlier in the year.

In return, it is increasing frequencies to various US destinations.

The full details can be found here on the Virgin Atlantic website.  In summary: 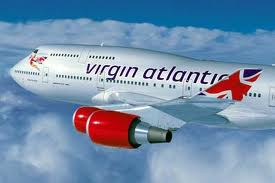 2nd daily flight in Summer from Heathrow to Atlanta

2nd daily flight in Winter from Heathrow to Miami

The following changes are being made with Delta:

Virgin to take over Heathrow to Detroit from Delta, this becomes a year-round rather than Summer-only service

Virgin to take over Manchester to Atlanta, in return for Delta taking one Heathrow to Newark service

The following routes are being scrapped:

Tokyo, as of 31st January

Mumbai, as of 31st January

Vancouver, as of 11th October (was Summer only)

Cape Town, as of 26th April (was Winter only)

If you booked on any of the cancelled services, Virgin is being very non-committal about what will happen to you:

What are the options available for passengers?

We will discuss options with passengers and will consider offering a full refund or rebooking them onto another carrier.

The telephone number to call if you are impacted is here at the bottom of the page.

None of this should come as much of a surprise, of course.  Virgin Atlantic has been losing money for a long time.  The on-board Upper Class product and service – which admittedly I have not flown in a long time – is generally unpopular with the business community.

Whilst Virgin Holidays does an excellent job of filling the economy seats, the real money is in the pointy end.

The airline is also surprisingly low-key in its promotional activity.  It is rare (at least, rare compared to BA and the Middle Eastern carriers) that I write about a Virgin fare sale in premium classes.

UK-US air routes are amongst the most profitable in the world, commanding high premium fares for relatively short distances.  You can’t blame Delta for insisting that Virgin focusses its activities there.

It also punches another hole in the Heathrow expansion argument.  We are constantly told that there is huge untapped demand for more flights to India, for example, yet both UK airlines have cut back massively in recent years.  If Virgin cannot make Tokyo work, you have to question how they would make money flying to second-tier cities in China.

The question now is how much more of the Virgin route network is safe.  The Dubai route must be getting crowded out by multiple BA, Emirates and Etihad services.  The Hong Kong route has lost its onwards connecting passengers who continued to Sydney.  Is there really a lot of premium traffic to Delhi?  The others look a little more secure but lets see.