Services will operate three days per week (Monday, Thursday, Saturday in both directions) using an Airbus A330.

As well as being a tourist destination in its own right, Chicago is a major American Airlines hub which will allow for a wide range of connections.  As a trade-off for launching this route, Summer services to Hanoi are being dropped. 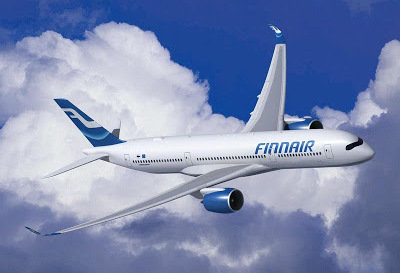 If you are struggling to find Avios reward seats with British Airways or American Airlines to Chicago next year, this opens up a new option.

Flying to Finland is a bit of a detour, of course!  On the other hand, Helsinki is a lovely city to visit in the Summer months and you could create an interesting two-city holiday with a couple of days in Finland first.  Talinn in Estonia is also easily accessible via ferry.

Finnair has also confirmed in recent days that it is extending its order for Airbus A350 aircraft.  The very first Airbus A350 is due to be delivered to Qatar Airways any day now although the timetable has slipped slightly.

Finnair is the European launch customer with 11 aircraft on order, the first of which is due next Autumn.  The additional order will increase the fleet to 19 and allow it to run a consistent – and new – long-haul fleet.