The No 1 Traveller ‘pay as you go’ lounge at London Stansted is to close for good on Christmas Eve.

This is not a great loss, to be honest.  Because it was situated on one of the piers, it was only accessible to some passengers, not all, depending on which gate your flight was allocated.  (The round trip if your flight went from a different pier was quite a trot.)

Whilst I never visited myself, general feedback was that it never managed to reach the very high standards of the No 1 Traveller lounges at Gatwick.  You may remember my review of the Gatwick North lounge earlier in the year which is substantially better in every respect than the British Airways lounge upstairs. 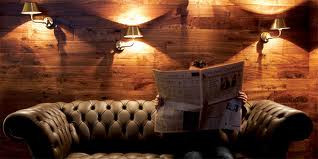 The good news is that an ‘Escape’ lounge is due to open in the main terminal in February.  Some of the No 1 Traveller staff have been offered jobs in the new facility.

In the long run, this will be a positive development if the new ‘Escape’ facility maintains the brand standards – especially as its position in the main terminal will make it easy for everyone to access.