My article yesterday about the disproportionately tough new visa regime brought in with very little warning by India caused a lot of comment.

I hope no-one decided to swap their holiday plans from India to Egypt.  The military Government in Egypt announced yesterday that individual travellers would no longer be allowed to buy a visa on arrival.  Tour groups are exempt.

The change takes place on May 15th.  From that date, you will have to obtain a visa before you fly from the Egyptian Embassy.

Ironically, as Reuters mentioned in the same report, “Egypt hopes to generate $20 billion in revenue from tourism by 2020 by attracting 20 million visitors, new Tourism Minister Khaled Ramy told Reuters on Sunday at an international investment conference in the Red Sea resort of Sharm El-Sheikh.”  Not behaving like this he won’t.

Cairo has also, in recent years, been one of the cheapest places in the world to buy a British Airways long-haul flight.  Buying a ticket out of Cairo was not only cheap but earned additional tier points, because the Cairo to London leg is treated as long haul.  This game may now be up, unless passengers in transit are still allowed to travel without a visa – and even then, doing a back-to-back flight to Cairo is not for the feint hearted. 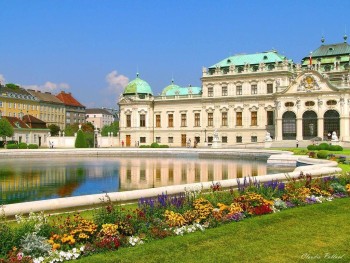 BA announced yesterday that it will launch a new year-round route from Gatwick to Vienna.

Flights will start on September 17th.  There will be four flights per week during the Winter season (Monday, Thursday, Friday, Sunday) and six per week (not Saturday) during the Summer.

Redemption and cash flights can already be booked at ba.com.  A redemption is 15,000 Avios points return in World Traveller and 30,000 in Club Europe.