The British Airways credit card contract was up for renewal recently.  I don’t know when the current deal was ending – the only bit of news I managed to find out in advance was that IAG was tendering for a single contract covering all of its airlines.

I had a sneaky feeling – which have been wrong – that some of the aggressive promotional activity we saw from MBNA last year on its airline cards may have been linked to this.  Did they want to show BA what could be done if they won the deal?

The inclusion of Iberia and Vueling (the Spanish based budget airline owned by IAG) in the contract played into the hands of American Express, however.  I am not aware of MBNA or Barclays, who were the only realistic competitors, having an established credit card operation in Spain of the scale required to take this on. 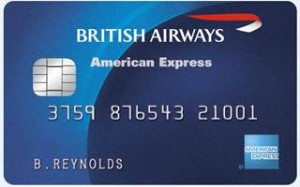 On Wednesday, American Express held an investor day in New York.  The slides are available online but they do not tell you anything interesting.  Bloomberg released a summary of the discussion, however, and it confirmed the following:

A new British Airways deal has been signed

A new Vueling product is included

The Starwood Preferred Guest Amex deal has been extended

Nothing else is known at this time.  There does not seem to be a transcript of the investor day (yet?) which would provide some more information.

We can treat this as good news.  The British Airways credit cards are, if we’re honest, a very attractive product with a set of benefits which is well pitched.

The 2-4-1 voucher on the Premium Plus card is the most valuable spending perk of ANY UK credit card as I showed here.  You only need to look at the mish-mash of additional benefits offered on, say, the Virgin Black and Emirates Elite cards (which turn out to be far less useful than you think when you read the small print) to realise how good the BA cards are.