British Airways has, not unfairly, taken a lot of grief for its on-board catering.  Some additional money has recently been allocated and the impact is beginning to be felt this month.

It is unlikely to have Qatar, Emirates, Cathay, Etihad, Singapore etc quaking in their boots but any improvement is welcome.  Some of these changes have already taken place as they were introduced on July 1st.  Others, such as the cava in World Traveller Plus, start tomorrow.  This is what you will see: 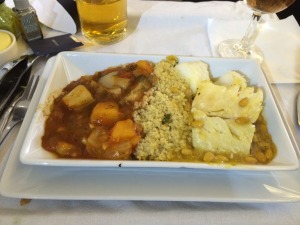 Pretzels introduced!  You no longer need to feel jealous of World Traveller Plus passengers who are given a free mini pack of pretzels.

Cava introduced from tomorrow, July 14th, as a pre-take off drink.  This is currently available on A380 routes only.

Cheese and biscuits was added to main meals on flights TO the UK on July 1st.  India, Japan and Korea will not get this.

The food offering to Las Vegas, Los Angeles, Mexico City, Phoenix, San Diego and San Francisco has been upgraded.  In the past, World Traveller and World Traveller Plus customers received a poorer food offering on these routes than they would have received on a similar 12-hour flight elsewhere.  This has now been aligned.  You will receive a 2nd hot meal (either a hot breakfast or hot light meal) and an additional mid-flight snack on day flights.

Flight FROM New York JFK and Boston will get an extra item in the snack box.

All flights FROM the USA will have a higher quality dessert.

All flights FROM the US and Canada will get a tomato and mozzarella salad with basil pesto as an improved appetiser.

Flights FROM the Middle East and West Africa will have an improved breakfast box or snack box.

The Japanese food options on Tokyo routes have been completely redesigned. 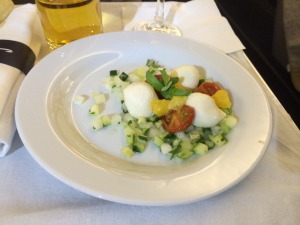 (The photos in this article are BA Club World food)

The food offering to Las Vegas, Los Angeles, Mexico City, Phoenix, San Diego and San Francisco has been upgraded and a second hot meal will now be available.

On Middle East and West Africa routes, the second meal will be pre-set on the infamous ‘small trays’ with improved breakfast fruits, cereals and bakery items.  Plastic pots will be replaced with china.  Because the meal will now be on trays it can be served more quickly and the crew can ‘spend more time with customers’ (apparently serving food does not count as ‘spending time with customers’).

The scones served with afternoon tea will be enlarged!

The menus on Abu Dhabi, Dubai and Kuwait are being changed completely in all cabins.

The ‘breakfast to go’ bags are being scrapped on all routes due to ‘excessive levels of waste’.  Enough said. 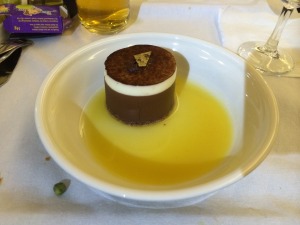 No changes, except on the Middle East routes where some tweaks have been made – primarily the scrapping of the amuse bouche.