For anyone planning to unleash their inner Marty McFly over Christmas, be aware of this important release that was rushed out by BA yesterday.  I am reproducing it in its entirity because I find it funny!

As a result British Airways has decided to prohibit the carriage of these items in both hand baggage and checked baggage with immediate effect.

Further information:
These devices are recreational devices, not an essential travel item and are not defined as a mobility aid. 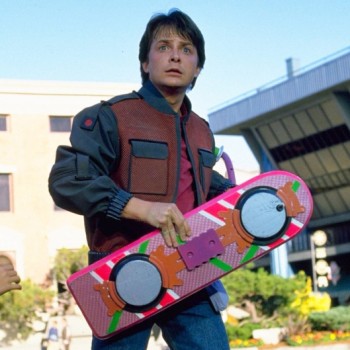 Virgin Atlantic has decided to steal a march on British Airways by being the first to launch its Winter sale.  BA is holding firm and will be starting its sale on the day it originally planned – which I know but can’t tell you!

All fare classes are included.  To be honest, the Upper Class deals are not sparkling – the cheapest New York ticket is £2,029.  Premium Economy looks better at £849 for travel up to mid March.

Dubai is worth a look.  With strong competition from the Middle Eastern airlines, an economy return is just £349.  Premium Economy is £659 – for a flight that is the same distance as New York which is £849.  Upper Class is £1,449.

The Delta service from Edinburgh to New York is also in the sale, as is the Glasgow to Orlando service Virgin is trialling.

You can book for travel until roughly the end of June, varying by route.  The last day to book is 2nd February.  The sale home page is here.