This is my review of the Qatar Airways First Class …… bus!

On Christmas Eve I reviewed my First Class flight on Qatar Airways from Abu Dhabi to Doha.  It was, clearly, a ‘splurge’ in terms of an Avios redemption – it cost 18,000 points vs 4,500 for economy.

However, there was one thing that happened right at the end which almost made it worthwhile.

Despite being a brand new airport, Hamad International appears to be short of stands.  My Boeing 787 Dreamliner flight in February went from a remote stand, which was a pretty sweaty bus ride to be honest.

This time, I was again dropped on the tarmac.

An interesting thing then happened.  As the plane stopped, the crew closed the curtains again that divided First Class from Economy.  Two buses pulled up outside the plane.

The 4-5 of us in First Class disembarked on our own and entered the first bus.  This was a special First Class bus.

Yes, there is no need to slum it with other passengers for that two minute ride to the terminal building.  You can have your own little throne: 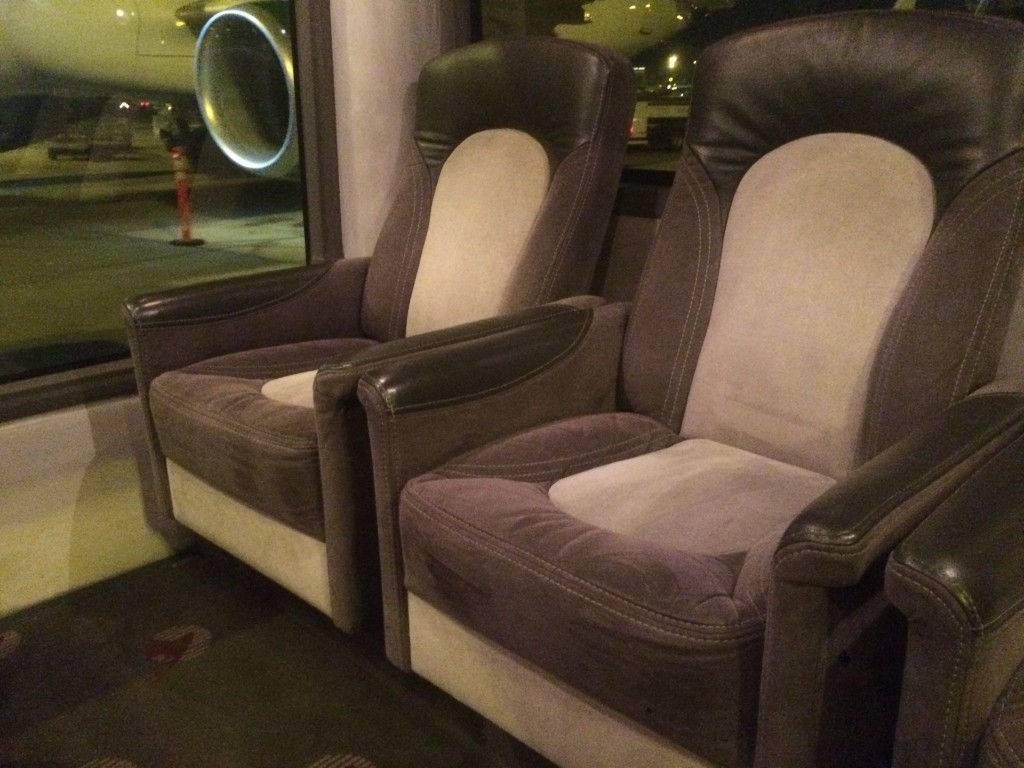 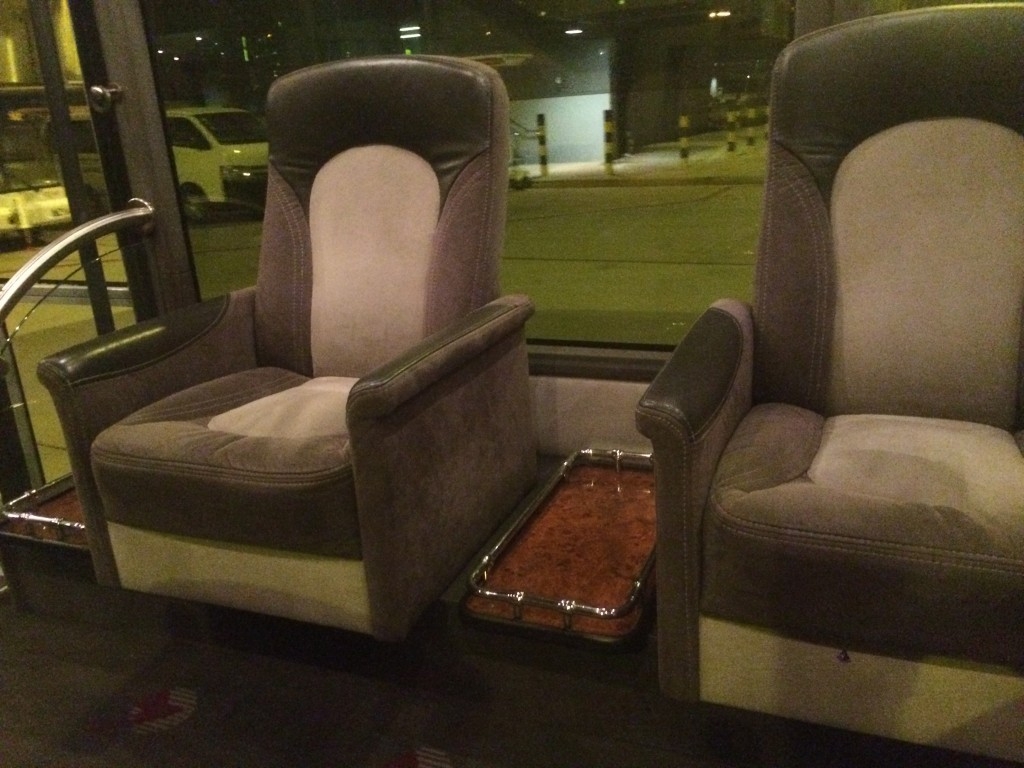 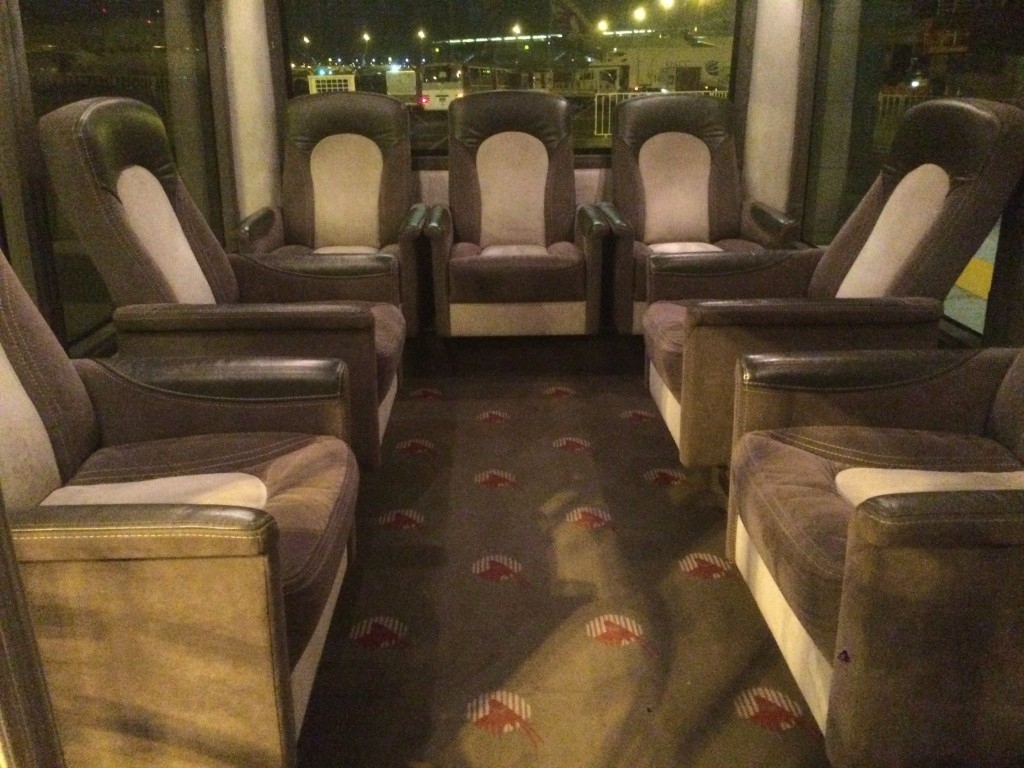 It is silly things like this which mean that I still find the whole flying experience fun after all these years.

Then it was off to find the bear, which sits outside the entrance to the Airport Hotel …. 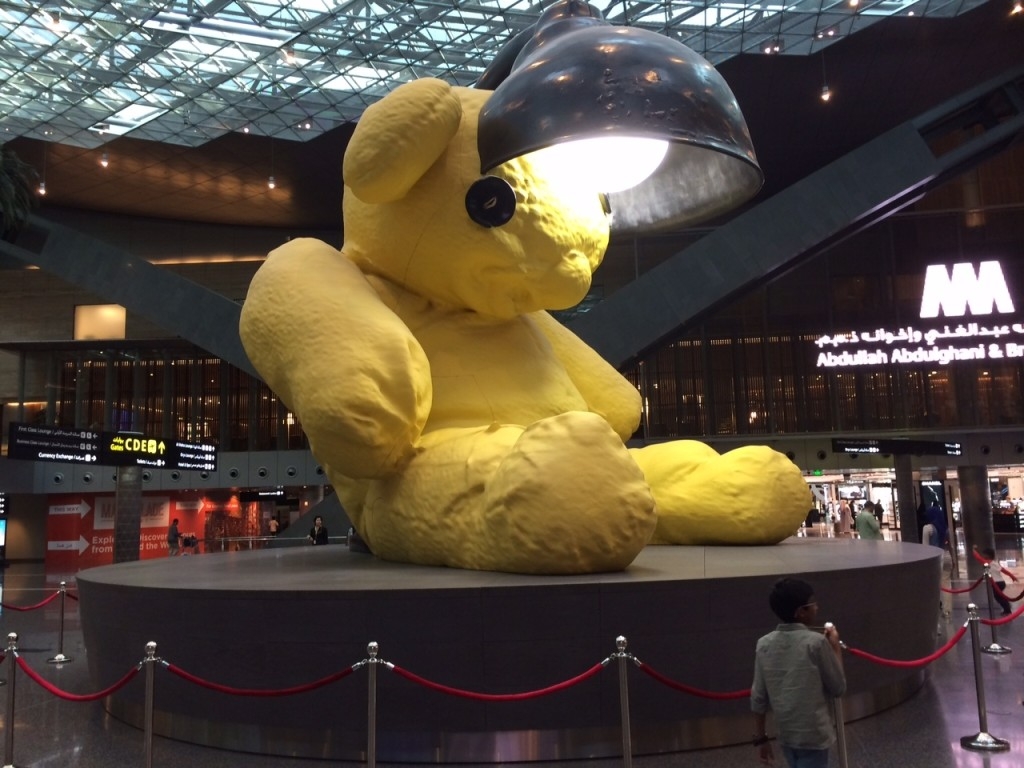 PS. Emirates also has a special First Class bus which I wrote about in this article