The Hilton HHonors Platinum Visa (read my review here) – which has the easiest high value bonus in the industry of a free night at ANY Hilton hotel (even a Conrad or Waldorf-Astoria) for spending just £750, and

Late last year, Barclays changed the application rules on its cards.  I was told by numerous people that the following criteria were in place:

If you cancelled your existing Barclays card, you could apply for a different one immediately but would have to wait six months before applying for the same card again 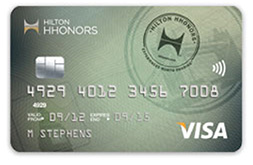 Three people have told me since Christmas that Barclays has changed its policy again.  These are the new rules:

If you cancel your existing card, you must wait six months before applying for ANY Barclays issued card

I find this very surprising, to be honest.  If you want to ditch a Barclays-issued card which has no rewards and swap it for a Hilton or IHG card, you would think that Barclays would be keen.  After all, the alternative would be that you sign up for a card with a different provider instead.

But no … Barclays appears to be adopting a ‘cut off my nose to spite my face’ approach!  They would rather not make a penny off you for six months than make it easy for you to switch to a different product. 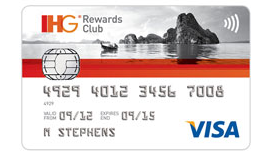 I can’t imagine what Hilton and IHG make of this, since it obviously impact them.  A huge swathe of people who have an existing Barclaycard are now blocked from getting a Hilton or IHG card.  People who already have one of the hotel cards – and are substantially more likely than a general member of the public to want another – are also blocked.

You therefore need to think carefully about your strategy for applying for the IHG and Hilton HHonors cards.  If you currently have a non-travel Barclaycard, I would seriously consider cancelling it ASAP because you may want to start the clock on the six month gap before you can get either of the hotel cards.