For Club World, as the BA sale has just finished, I recommend flying out of Dublin where you can get a BA Club World return for around £1,400 (€1,850) in August.  This compares to the lowest fare out of London of £3,300 at present which is unlikely to be attractive to the leisure market!

If you are using Avios, don’t forget that Aer Lingus (see here) and airberlin (see here) offer redemption options to the region which require minimal taxes and charges.

Los Angeles is a city in constant flux.  Whilst many Head for Points readers will have visited in the past, if you haven’t been for a few years there are a lot of new things to see.  This is especially true of Downtown which has been hugely transformed, taking it from a business only area to a place of leisure and culture.

Today I (‘I’ being Anika, and not Rob) have picked out some of the most interesting new sightseeing opportunities in Los Angeles – as well as some lesser known existing options – which I think would be of interest to HFP readers:

In 2015 LA’s new contemporary art museum the Broad opened its doors, to hold the vast personal collection of entrepreneur Eli Broad. The $140 million two storey building, designed by Zaha Hadid, holds nearly 2000 pieces of post war and contemporary art with a ‘veil-and-vault’ concept. The vault is holding the art archive, hovering in the heart of the building, the veil is covering the building, lifted at two corners where escalators take visitors to the gallery. Twisting stairs take the visitors back downstairs whilst getting a glance at the art archive inside the vault. General admission is free but online advance reservation is encouraged. 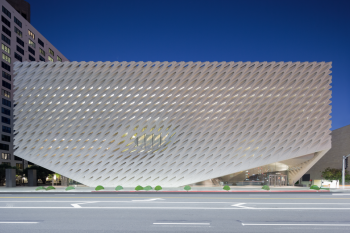 Just a short walk from the Broad you can find Grand Park. It only opened a few years ago giving Downtown LA a much appreciated green oasis. During lunchtime there are yoga classes, food trucks and sometimes lunch concerts. Dates and information can be found on their website.

In the evening the Disney Concert Hall invites with a wide range of entertainment. Theatre goers can enjoy contemporary plays at the REDCAT or watch the next generation of stage artists at quarterly new-work and work-in-progress showcases. If you are more of a music person the LA Phil which is in the same building offers abroad programme of classical, jazz and world music. 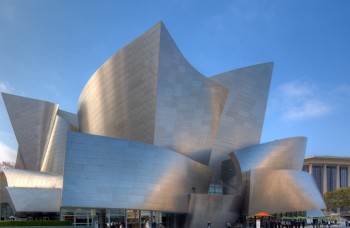 Famous dead people have turned quite a few cemeteries all over the world into pilgrimages. The Hollywood Forever Cemetery however has got a second reason why to visit it: outdoor cinema! If you fancy a good film surrounded by gravestones (and who doesn’t …..) this is the place to be. Find out more about screening times and how to get tickets on their website. 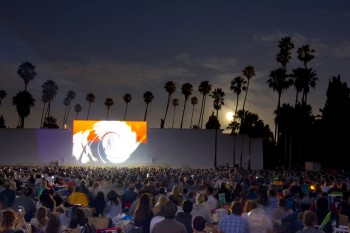 The newest attraction at the California ScienCenter is the space shuttle Endeavour. After its last space trip back in 2011, Endeavour now resides in California. Getting the spaceship to the museum has been a mission itself and the images and videos of the road trip from LAX are also part of the new exhibition in the Samuel Oschin Pavilion. Once the Samuel Oschin Air and Space Center is completed (2017), Endeavour needs to go on one last short trip to reach its final destination. Admission to the museum is free but if you want to make sure to see Endeavour it is advised to book tickets($0) online. 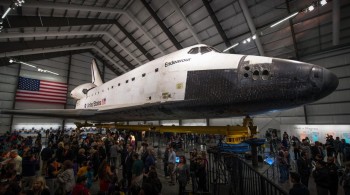 The name gives away what the Huntington is about. Founded by Henry E. Huntington in 1912, he used his passion for education, research and beauty to create a place where people can find just that. The library is one of the best research libraries in the world, the art collection includes some of the most important paintings of 18th- and 19th-century British and French art and the botanical garden is not only a beautiful oasis but also an education centre for children of all ages. 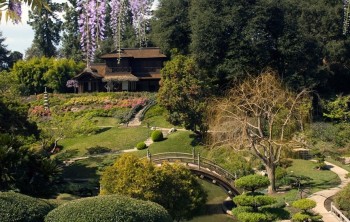 The fact that an Italian immigrant built the 17 interconnected Watts Towers with the tallest one being 99 feet is pretty impressive. The fact that he built them over a period of 33 years only using hand tools is simply mind blowing. When Sabato Rodia was asked why he made the towers, he answered “I wanted to do something big and I did it.” Now that’s inspiration. Admission is $7 and includes a 30 minute tour. 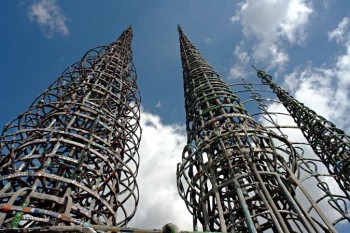 This public pool is more than just a pool. Built in the 1920s for Hollywood star Marion Davis, the beach front estate has opened in 2009 as a community destination after a $27.5 million transformation. Unlike other similar places there is no membership fee and everyone is invited to come along. Besides the pool there are tennis courts, a football pitch and a cafe. Throughout the year the venue hosts different art exhibitions and various events. The website keeps you up to date with what’s happening. 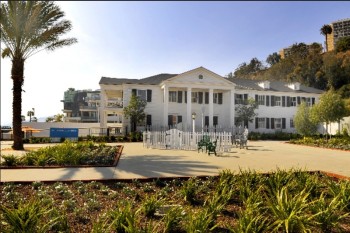 Hannah An left the family restaurant dynasty House of An to open her first own restaurant in 2015. Inspired by her Vietnamese heritage and her home county California, according to all reports she has interpreted traditional Vietnamese dishes in her own way.  The focus is on spices rather than MSG and caters for everyone from meat lover, fish eater to vegetarian or vegan. 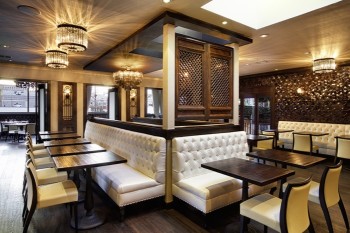 You’ll need somewhere to stay on your trip.  The Bicycle Casino opened in 1984 and has had some controversial things happening in its rooms over the years, leading to it being run by the US government during the 1990s. Nevertheless, the Casino has become one of the main destinations for poker players and in 2015 opened a 99-room hotel including 29 luxury suites, the Bike Brewery restaurant, a pool deck, spa and 15,000 square feet of meeting space.

You can’t redeem any loyalty points to stay here but it is worth a look nonetheless.  The casino loyalty scheme is a different kind to the ones you are used to, giving you for example a free meal once you’ve played for three hours. If you love the odd game of poker, this is the hotel to stay at. 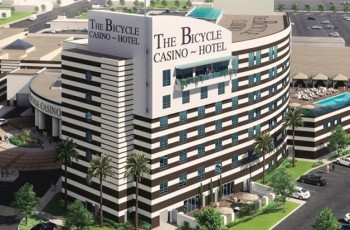 In a few days we will taking a look at new and niche attractions in San Francisco.

This article was supported by British Airways.  British Airways flights to Los Angeles currently start from £436 in World Traveller.  Full details of their California offers can be found here.