7,200 Avios with any Dyson product

If you are interested in getting 7,200 Avios from a £199 Dyson vacuum cleaner, check out this Shopper Points article today. 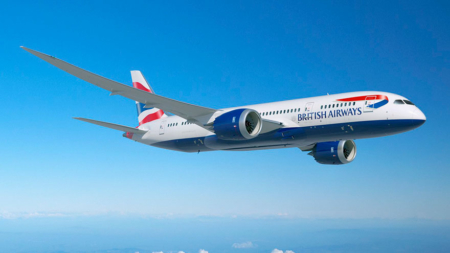 We flew back from Dubai in First Class on a BA 777 yesterday.  I won’t be reviewing that flight although I will be covering the new Dubai lounge and Concorde Room bar later in the week.

I don’t normally write about cabin crew when I review flights, because it is easy to get a disproportionately good or bad one.  You can review a seat based on one flight but I don’t believe that you can fairly critique cabin crew on the same basis.

What I did realise yesterday, however, is that the Britishness of the BA crew is a key part of the appeal of the airline.  I have done a lot of flying on Qatar, Etihad, Turkish and Emirates over the past year and the multinational crews have generally been very good – although you are never 100% confident that you will receive what you request.

However, yesterday my 4-year old and I had a woman called Georgia looking after us.  She was mid-20’s, Home Counties accent but with the additional ‘yeah’ and ‘gonna’s of her generation, and genuinely good at her job.  There was a marked difference between her and the average Middle Eastern airline cabin crew member – mainly because she was able to be herself.

I would never choose an airline primarily on the basis of its crew, but I did realise yesterday that BA and Virgin do still have the ability to gain a competitive advantage if they recruit the right people and train them well.