If you credit your British Airways flights to American Airlines, there are some changes which come into effect today.  If you haven’t heard about these in advance, it is because American only snuck out the details a couple of weeks ago.

American has introduced an Elite Qualifying Dollars earning rate for BA flights.  From next year, earning elite status with American Airlines will require a minimum level of spend on top of earning the required number of status miles:

There is one other change to the British Airways earning chart which goes live today.  Tickets booked in semi-flexible Economy class H will now only earn 50% of miles flown instead of 100%.  Only Y and B booking classes will now 100% of miles flown in Economy.

American has also changed partner earning for other airlines.  Some have been hit harder than BA – Qatar Airways, for instance, sees base mileage halved on B and H economy tickets whilst cheaper R and I business class tickets will no longer earn a 25% cabin bonus.

If you have crediting your oneworld flights to American Airlines AAdvantage instead of British Airways Executive Club, it is worth taking another look at the earning rates for the airlines and ticket classes you normally book to see if it still make sense.

Full details of the changes to BA earning with American can be found on their site here. 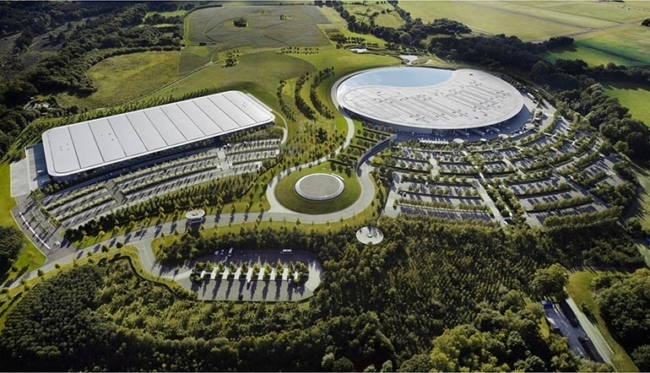 Hilton HHonors has arranged another tour of the McLaren-Honda factory at the Norman Foster-designed McLaren Technology Centre in Woking.

The date is the afternoon of Friday 30th September.  The cost is 50,000 Hilton HHonors points for two people.  You can redeem via this page of the Hilton @Play site.

The factory is not normally open to the public so this is a rare opportunity to take a look inside.  It is a shame that the timing won’t work for children who will be back at school by then.