I was unexcited in my review of the Tesco Premium Credit Card when it launched a couple of months ago.  Whilst the benefits package could work for some people, most would struggle to get any value unless you spend £5,000 per year in Tesco to trigger the annual bonus.

There aren’t many of those people.  I would also guess that many of those who do are feeding large families – not filling their trolley with lobster – and wouldn’t want to pay a £150 annual fee for a credit card.

I get a feeling that my lack of enthusiasm has been contagious.  A reader sent me a targetted email yesterday offering him 5,000 Clubcard points – 12,000 Avios – as a sign-up bonus.  There wasn’t even a spending target to hit!

Given the £150 fee, even 5,000 Clubcard points doesn’t necessarily make the card worth it.  As I don’t need the travel insurance benefit, am not planning on buying any Club Europe flights in the next two months and won’t spend £5,000 this year in Tesco, it wouldn’t swing it for me.

If you were thinking of getting the card I would hold off.  An ‘open to all’ sign up deal may be on the way. 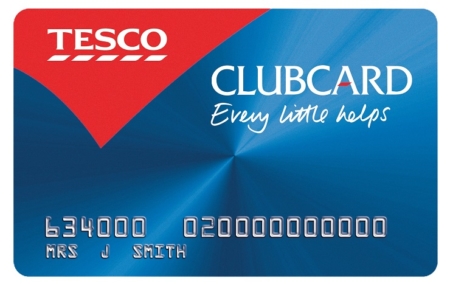 Aer Lingus sent me a lengthy press releases yesterday to remind me how wonderful it is.  I will spare you the details but there were some interesting numbers in it which made it clear how successful the airline has been in picking up North America traffic from the UK regions.

Birmingham, Manchester and Liverpool have seen 18% year on year growth in Aer Lingus departures to North America via Dublin

Manchester is the most popular Aer Lingus starting point for a US trip, followed by Birmingham

Dublin was the fastest growing major European airport in H1 2016

For Head for Points readers, the more important facts about Aer Lingus are:

You can redeem Avios points on Aer Lingus, but only by calling British Airways (see this article for details)

Dublin to Boston is under 3,000 miles and so costs only 75,000 Avios return in Business Class

You can clear US immigration and customs in Dublin, allowing you to enter the US with no delays

Whilst delayed, Aer Lingus will be launching its own Avios scheme, AerClub, very soon.  I am currently thinking about how we will integrate this into HfP.

I am also very keen to review the new Aer Lingus business class seat and the Dublin lounges and this will be our key travel priority for the Autumn.