This is my review of Hilton Sa Torre, Mallorca.

I have split it over two parts.  This part is mainly scene setting.

We do not usually spend family holidays in Hilton hotels.  Nothing wrong with Hilton – I have reviewed some great Hilton properties on this site and there are more to come – but it isn’t necessarily your ‘go to’ brand for summer sun.

I have a friend whose opinion I respect, however, and he has taken his family to Hilton Sa Torre in Mallorca numerous times.  It was substantially cheaper than the alternatives I considered (the St Regis Mardavall Mallorca, reviewed here, wanted €2,000 per night for two connecting rooms to sleep the four of us, the new Park Hyatt €1,400 even though its beach club is not yet open) so when my wife decided we should try Mallorca in August I booked us in.

I will look at pricing etc in Part 2 tomorrow.  We paid for the hotel in cash at the standard rate – no HFP favours were called in.  (I really should be more aggressive with these things!)

Today, I want to share a few pictures to convince you that Sa Torre really isn’t your typical Hilton property.

The history of the Sa Torre estate dates back to the end of the 14th century, when King James gave it to the Febrer family. The estate passed to the Villalonga family in 1540 – this date is apparently engraved above one of the doors – and remained in their hands for over 450 years.

The Sa Torre estate opened as a hotel in 2008 after a €44 million renovation.  It seems to have changed hands since then and was presumably badly hit by the property and financial crisis in Spain which took hold just as it opened.

Let’s start with the Hilton Sa Torre windmill (you don’t get one of those at Hilton Leeds) which dates from the 15th century and is apparently still in working order: 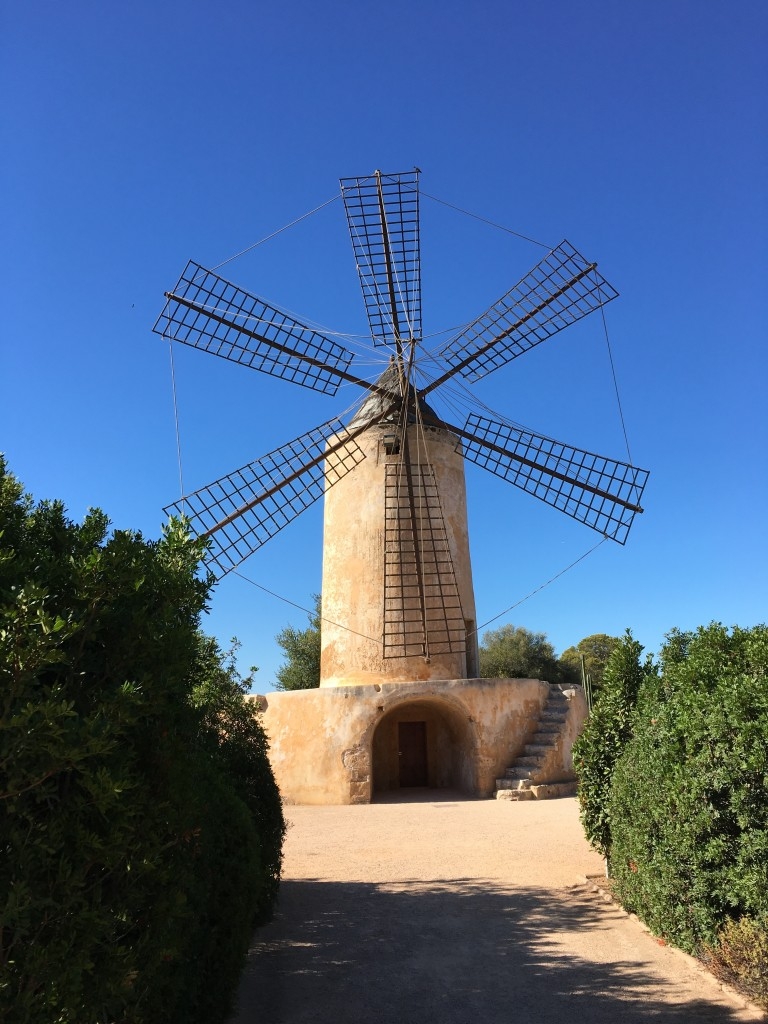 and the 19th century chapel in the grounds: 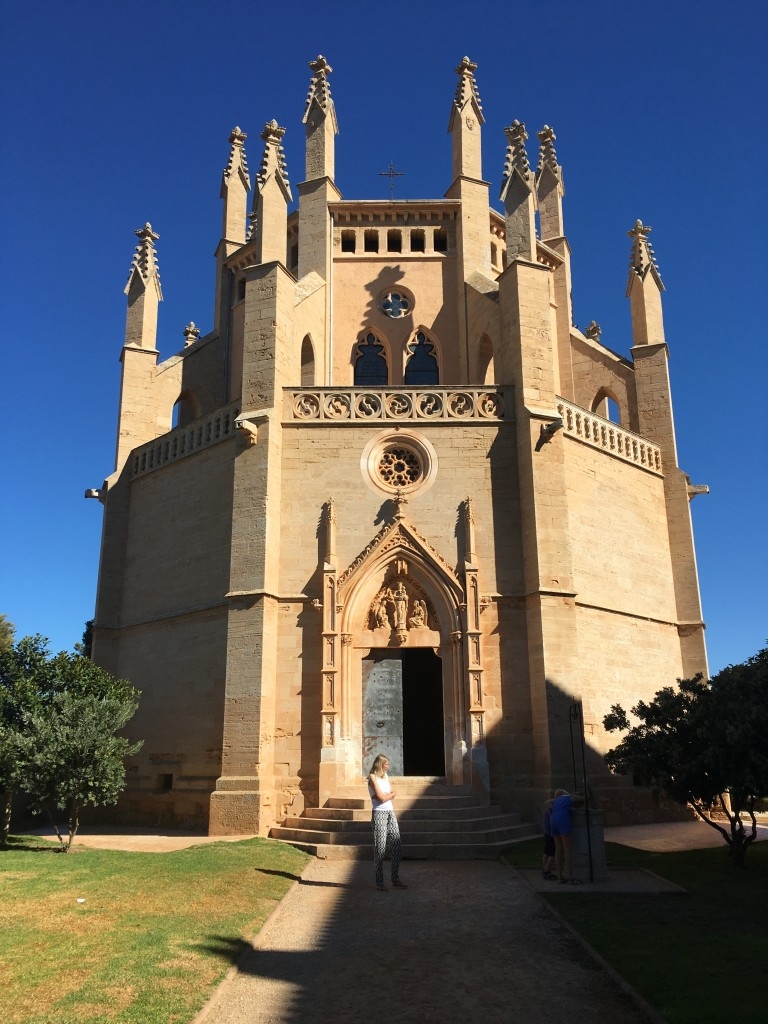 Chapel interior, where the manager holds a weekly reception: 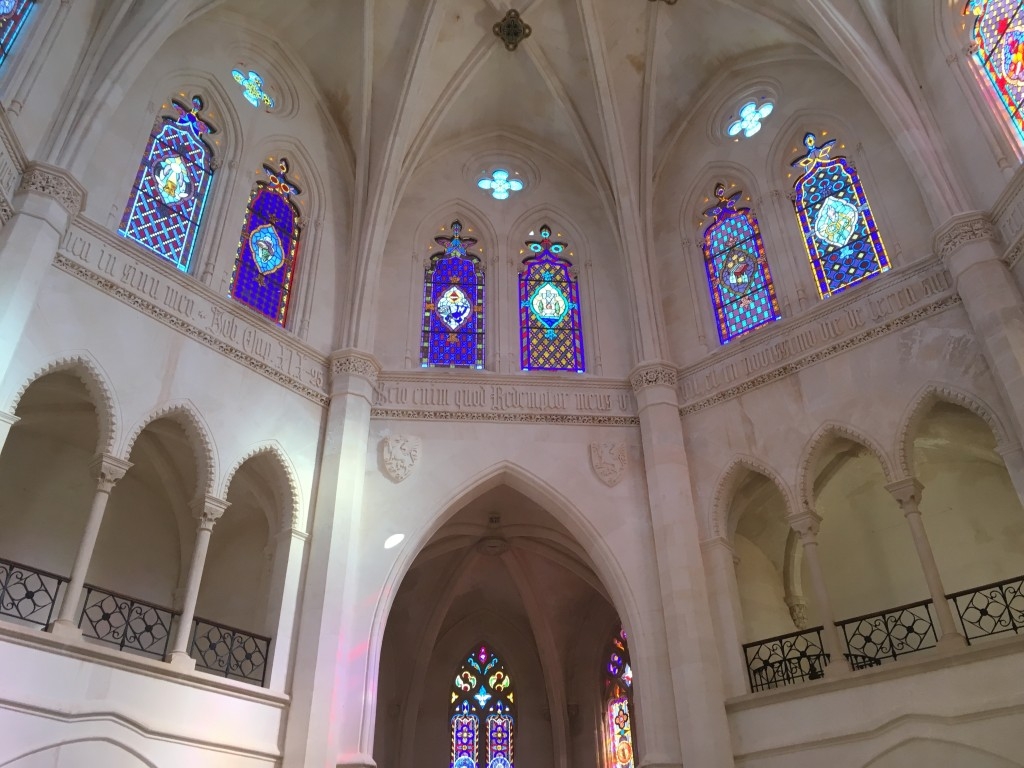 …. and the main entrance: 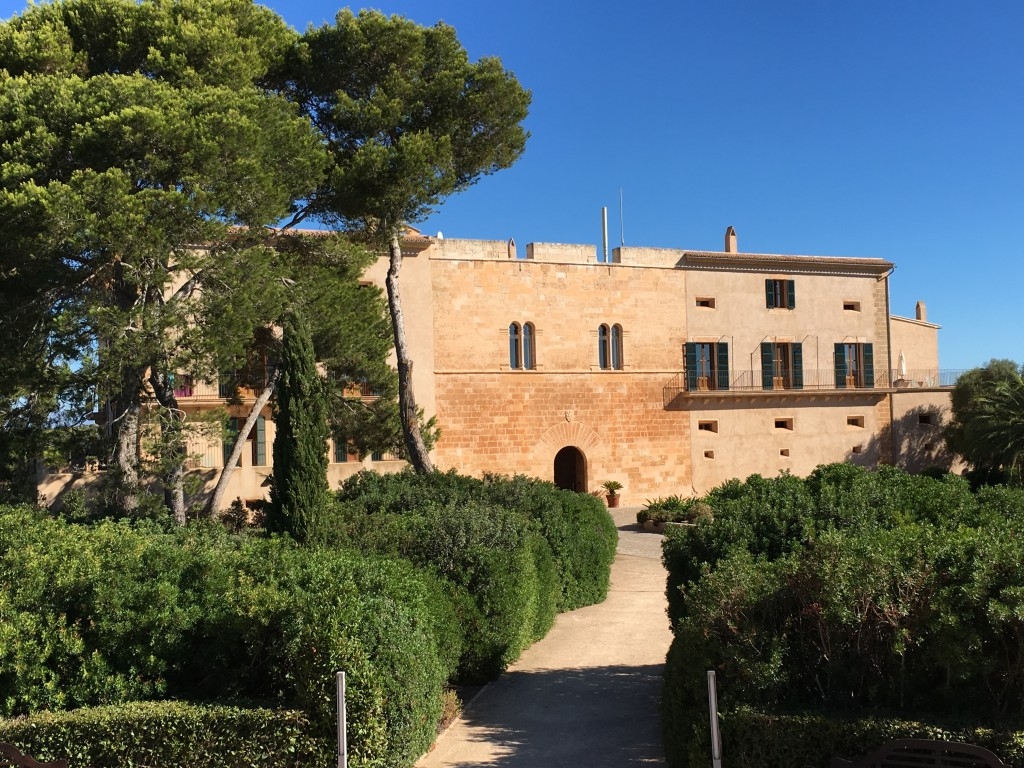 …. and the lobby (well, the lobby entrance, there is a standard lobby through the door): 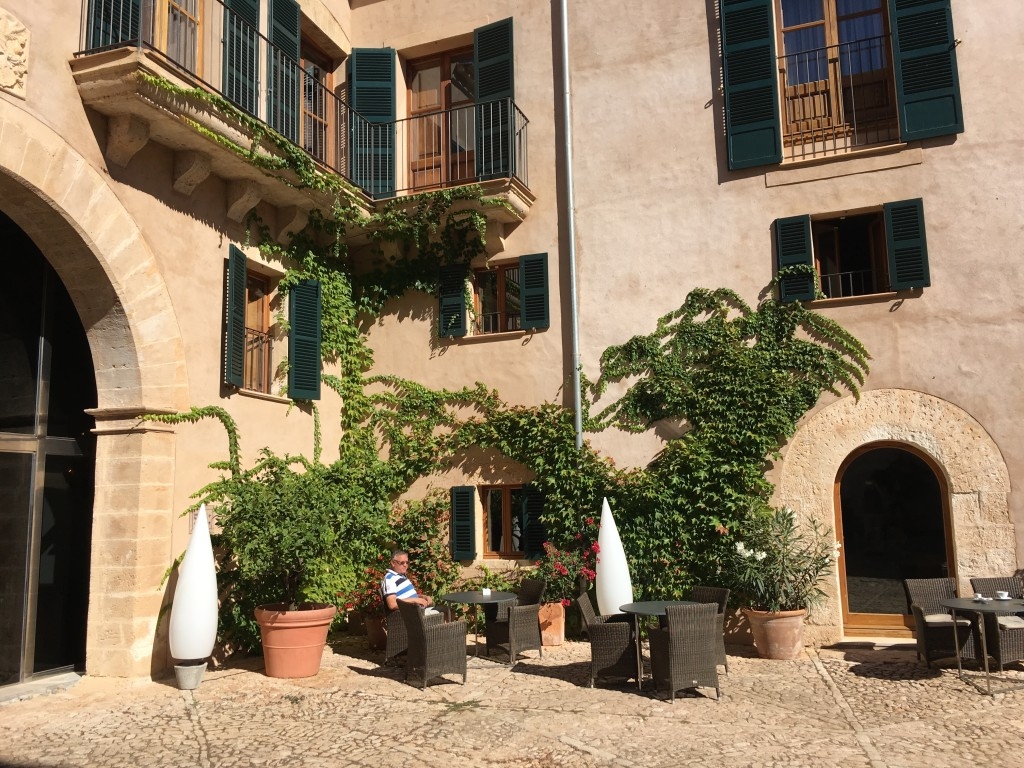 …. and the corridor to your room: 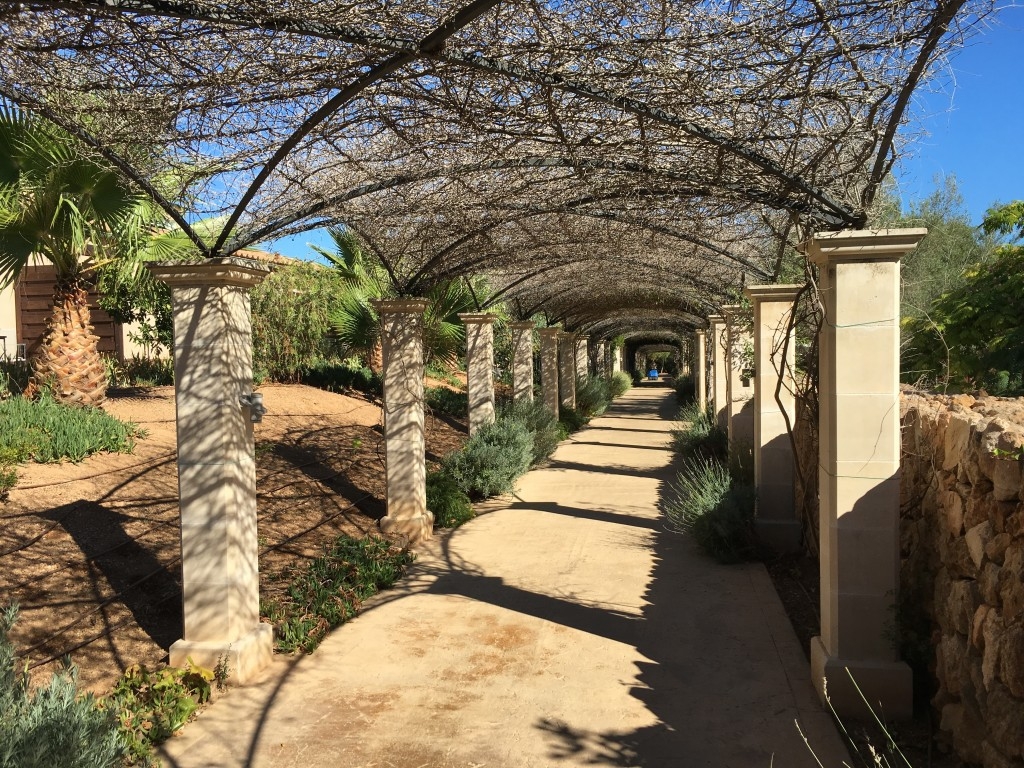 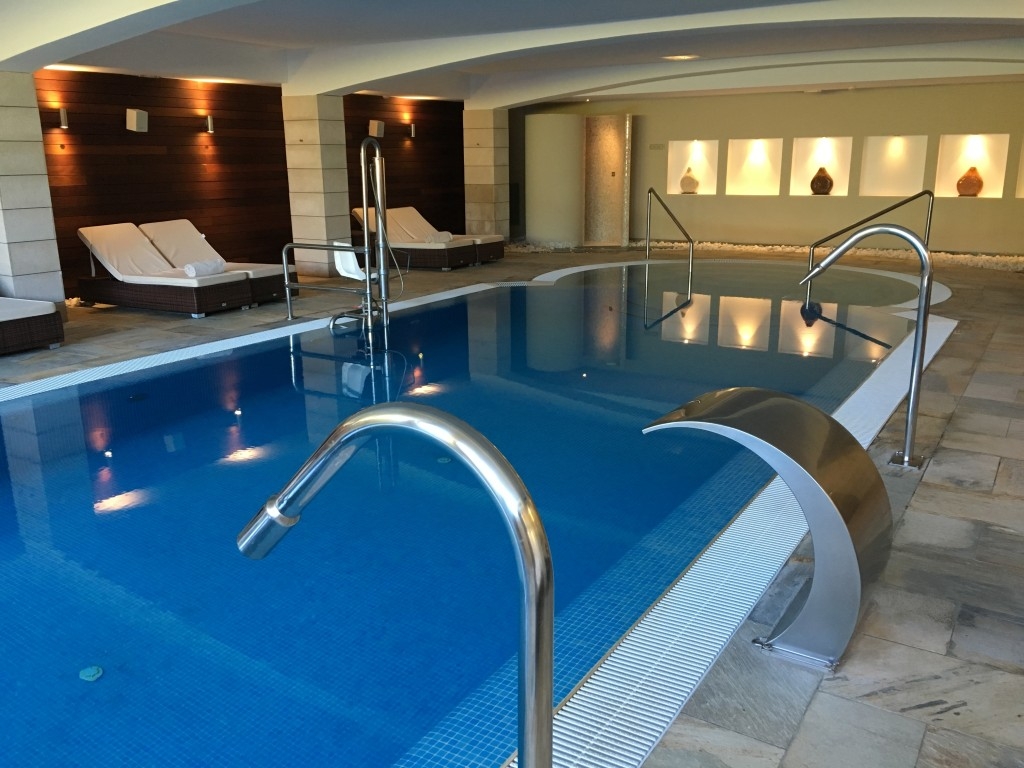 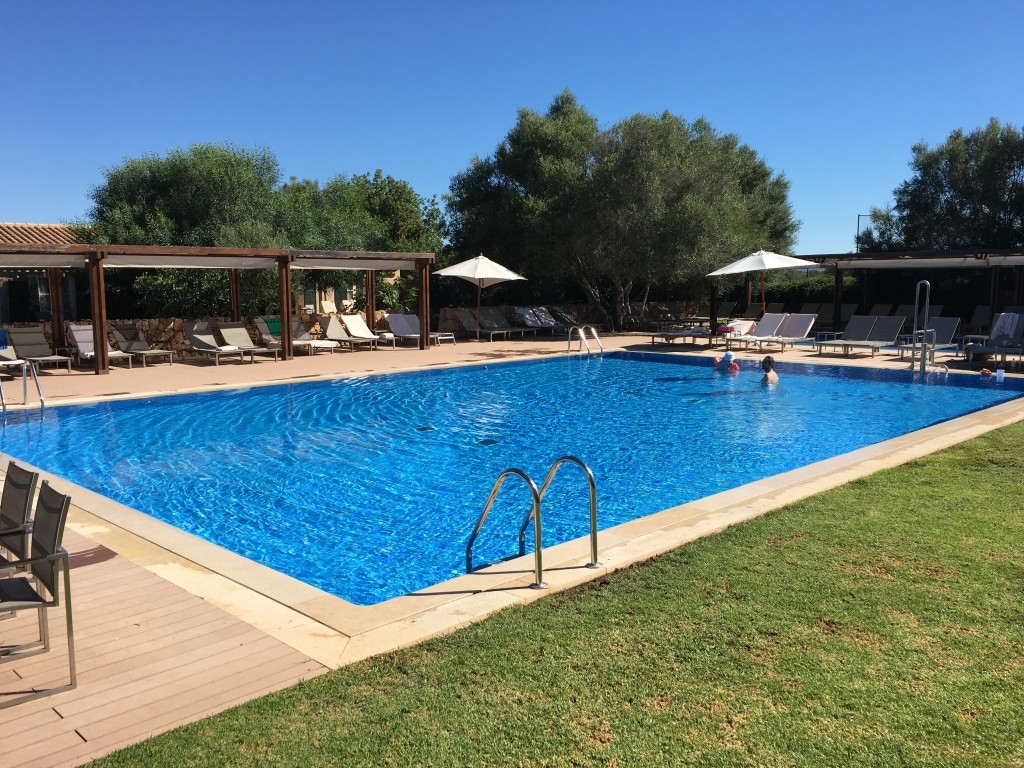 What you don’t get are people.  The Hilton Sa Torre has only 90 rooms located in 12 buildings. Some rooms are in the original part of the manor house, some are in restored former farm buildings set in the grounds and the rest, like ours, are new builds.  Many families would take two rooms so there may be no more than 60 family groups even if the hotel was full – and I don’t think it was.  I doubt there were ever more than 20 groups on the property at the same time apart from breakfast.

In Part 2 of my Hilton Sa Torre review here I look at the operation of the hotel and well as showing you our rooms.

The Hilton Sa Torre website is here if you want more details in the meantime.