I don’t think I’ve ever seen such a burst of British Airways long-haul activity.

First we had New Orleans, then we had Fort Lauderdale, and yesterday we saw the launch of a new British Airways route from London Gatwick to Oakland in California.

This is a bit of a surprise:

For a start, it is being flown from Gatwick and not Heathrow

Secondly, the new San Jose route is ‘underperforming’ so the rationale for adding more California capacity is not clear

Thirdly, this is a route – like Fort Lauderdale – which Norwegian is already happily running from Gatwick.  The new BA CEO Alex Cruz has spoken in internal staff videos about his obsession with Norwegian and their low long-haul cost base, but that doesn’t necessarily mean that it makes sense to attack them head on.

Oakland is, basically, another flight to San Francisco.  Even the British Airways press office could only find one thing to recommend doing in Oakland which is to visit the Coliseum, home of the local NFL team.

The photograph supplied by BA: 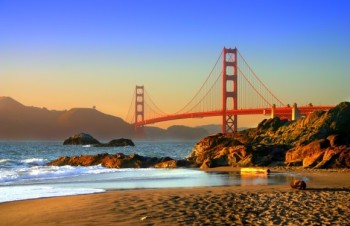 also looks a lot like San Francisco and very little like Oakland to me!  This is not surprising as San Francisco is only a 30 minute train ride or a 35 minute car ride away.  It is probably a good place to start a fly drive holiday.

It will initially depart four days per week on Monday, Tuesday, Thursday and Saturday, switching to Monday / Wednesday / Saturday in winter. It will be a three class service with no First Class.

Services start on 28th March.  All flights have been loaded with at least four economy and two Club World seats available for Avios redemptions.  If you had been thinking of California for next summer but had not found availability, you should jump in today whilst the initial wave of seats are still showing.

There were also seven new short-haul routes launched yesterday which we will cover in a couple of days.  Tallinn was the stand-out.