United Airlines has announced that it will drop its Manchester to Washington route for Summer 2017 after six years.

The airline has already announced its intention to drop its Belfast to New York service.

Demand for flights to the US from regional airports, which are more leisure driven than routes from London, is expected to fall next year due to the stronger $.  These routes were both aimed at UK travellers flying to the US than US residents flying here and the fall in UK passengers cannot be balanced out by increased US visitors.

Don’t forget that you can now collect Avios on United Airlines services following the launch of the Aer Lingus AerClub. 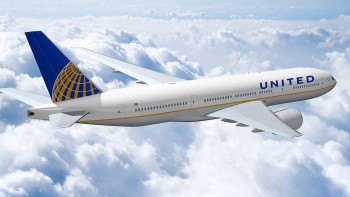 One of the more annoying things about Iberia Plus was that redemptions on British Airways were non-refundable.  This seemed very harsh given that they share the same parent company.

At some point recently, Iberia changed its policy.  Avios redemptions on BA made via Iberia Plus now appear to be refundable according to a message that comes up via the booking process.

Redemptions on other oneworld partners remain non-refundable so any bookings for Qatar, American etc should continue to be made via ba.com and not Iberia Plus.

There also appears to have been a change in the way that British Airways Executive Club treats household accounts with children in them.

In the past, if you closed a household account, the Avios of any children would pass to the head of the account.

According to a reader who did it recently, this has changed.  He removed a child from his household account and the Avios were not transferred.

This is the email he got:

We confirm that XXXXX has been removed from your Household Account as you requested.

If this Member is under 18, then their Executive Club membership and their Avios have been cancelled.

It seems that temporarily creating a household account for your children before a major trip and then cancelling it afterwards – to transfer all the Avios to the parents, who do not actually want to be in a household account long-term – is no longer a strategy.