(UPDATE: BA has agreed to give me a legal opinion on Monday on whether it believes a BA Amex companion ticket qualifies for EU261 downgrade compensation.)

A month ago I ran this article speculating that BA has begun to target Avios ticket holders for downgrades.

This would be economically rational.  Under EU regulations, a downgraded passenger is automatically due a 75% refund on that leg of their ticket.  For a cash passenger, that is expensive.

For an Avios passenger, it is not expensive to downgrade.  All the airline has to do is refund a few points.

For an Avios passenger travelling on a 2-4-1 voucher, the downgrade is free to BA.  It has been telling some passengers that as their ticket cost zero Avios, the refund is 75% of zero which is, erm, zero.

After my original article there was some debate about whether this is actually happening.  Some BA staff told me that it isn’t easy to tell whether a passenger is on a 2-4-1 ticket or not, although it is easy to spot those on redemptions on the manifest.  Some agents have implied that it is functionality in FLY, the new check-in and passenger management system, which now allows this policy to be implemented.

It is worth noting that the person involved in my original article issued a Small Claims Court against British Airways after being refused any compensation.  As per this page of Flyertalk, it appears that BA chose not to fight the case and settled for the unspecified amount the passenger demanded. 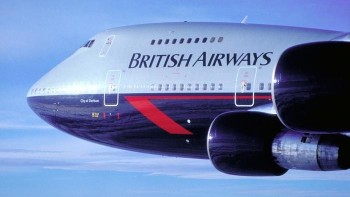 In the last couple of weeks, two more readers have contacted me with linked stories.

The key one came yesterday from a reader.  I always weigh up news I receive by email from readers to see how truthful and verifiable it seems, but this is one I trust implicitly – the person involved is a regular commentator and has even written a guest article for the site in the past.

If you read the comments on HFP yesterday, you would have seen his regular updates as the situation developed.

This is what he said to me by email:

“At Edinburgh to start our trip to Gatwick and then what was meant to be Club World BAPP 241 reward seats to Male.  At checking in for EDI-LGW we have been told we have been downgraded, either both to World Traveller Plus or just me with my wife staying in CW.  We have been told that BA has oversold the flight and it’s because we are on reward tickets that we have been selected to be downgraded.”

Here is another email I received two weeks ago:

“I have read your article re 2-4-1 downgrades and it almost exactly mirrors our experience.  The Duty Manager was adamant her instructions were to target Redemption ticket holders first.  Given that our seats were showing as still allocated to us that morning (albeit not available to be printed due to “system error” at the hotel), it appears BA have chosen to sell more CW seats on the day . . . knowing they had a supply of 2-4-1 pax ready to be downgraded

It is a largely win-win situation for BA . . .  if there are any no-shows, no skin off their noses, but hey, why not sell an equivalent number of CW seats to exactly match the number of 2-4-1 holders on every flight!  Cheap trick but as I learned in over twenty years with them, the internal “bar” is set at the greediest money-earning opportunity.”

The reader above is not one I have met but I have no reason doubt the accuracy of what he sent me.  He had even paid to reserve specific Club World seats but even that did not protect him from being downgraded.

To clarify, there is no specific proof that this is going on.  No BA employee has yet sent me a copy of the relevant memo or email.

Do let me know if you are also impacted by this and have been told that the staff that you have been downgraded specifically because you are on an Avios ticket.