Bloomberg ran this headline last week.  The good news is that it focuses on the US market and not the UK market although presumably the sentiment is a global one.

The odd thing, though, is that American Express in the US has ALREADY done this and I’m not sure what else they can do.  In the US, sign-up bonuses on American Express cards are now strictly enforced as one bonus per card per lifetime.  And they stick to it.

An increase in incentive bonuses has boosted so-called gaming by credit-card applicants looking for a quick reward, Doug Buckminster, president of global consumer services, said Wednesday at the firm’s investor day in New York. AmEx is using analytics to identify and “suppress” gamers, while creating offers that incentivize long-term loyalty, the company said.

… don’t really make sense.  The only thing Amex can do to encourage “the right sort of customer” is to cut sign-up bonuses, and it can’t do this because it is being trounced by the Chase Sapphire Reserve product in the market for premium customers.

“The right sort of customer”, of course, is someone who doesn’t care or realise that they aren’t getting decent value for the membership fee they are paying.  Increasing the membership fee for Amex Platinum in the US to $550 from $450 – and offsetting this with some Uber credit – is apparently the way to go.

This is the reality for American Express, of course:

American Express was battered last year after parting ways with its biggest co-brand partner, Costco Wholesale Corp., which accounted for 10 percent of AmEx cards in circulation. The lender also broke ties with Fidelity Investments. The firm trades for less than its 2014 closing price and slipped 0.7 percent to $79.04 Wednesday in New York.

There is still no word on whether Marriott will break the long-standing deal between Amex and Starwood following its takeover .  Back when I started in this hobby, the US version of the Starwood Amex was THE best card to hold and there must be a lot of high spending legacy customers at risk. 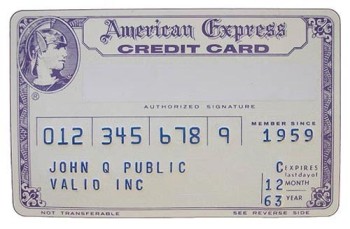 The Marriott Rewards MasterCard, issued by Creation, has been unavailable to new applicants for over a year.

This is believed to be because Marriott does not have an FCA credit broking licence.  You can check this on the FCA website.  Ironically, I have a licence – Marriott didn’t need to withdraw the card, they could have let me be the exclusive promoter in the UK instead!

A reader pointed out that the website saying that you can’t apply has been changed.  The card which you can’t get now has a new design: 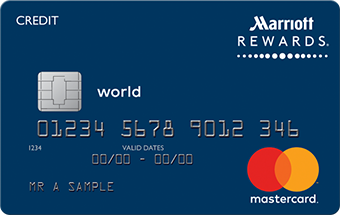 As it would be a bit odd to redesign a card which is unavailable – although obviously they are replacing existing cards as they reach expiry – this offers a glimmer of hope that the card may reappear at some point.  Note that there isn’t a ‘contactless’ logo there, which is my main problem with the current Marriott card and the main reason I have it linked to my contactless Curve Card.

It isn’t the most generous card in the world at 1 Marriott Rewards point per £1 but it is free to apply, it gets you Marriott Rewards Silver status and you get an ANNUAL loyalty bonus of 2,000 points just for keeping it.