This is our review of the brand new Premier Inn hotel at London Heathrow Terminal 4.

There is now a Premier Inn hotel at Heathrow Terminal 4, with a covered walkway connecting it to the terminal, which opened three weeks ago.

For the first time, you no longer need to pay a premium price to stay in a hotel which is directly connected to the airport.  I only paid £49 for my room (flexible rate) and, pre-opening, they were available pre-paid for as little as £29.

In the past, you have had to choose between the premium priced Sofitel at Terminal 5 or the Hilton at Terminal 4.  To save money you had to look off site.  My favourite option is the new ibis Styles which I reviewed last year, but this requires a slow trip on the expensive Hoppa Bus or one of the free local buses.  Rob is a fan of the Hilton Garden Inn at Hatton Cross, one tube stop before the airport.

The Premier Inn Heathrow Terminal 4 looked like it would tick all of our boxes – brand new rooms, low prices and a direct connection to the terminals.  We wanted to know whether this hotel is a good choice for an early morning or late night flight so I checked in for the night to review it.

(EDIT:  We have a newer, 2019, review of the Premier Inn Heathrow Terminal 4 which you can read here.)

How do you get to the Premier Inn Heathrow Terminal 4?

The tube ride from Kings Cross was one of the worst ever. I don’t know what happened to the Piccadilly Line over the last few years, but it just seems to be getting busier, slower and hotter each time I take this tube line and there is always a big chance of the destination being changed just before getting close to the airport. 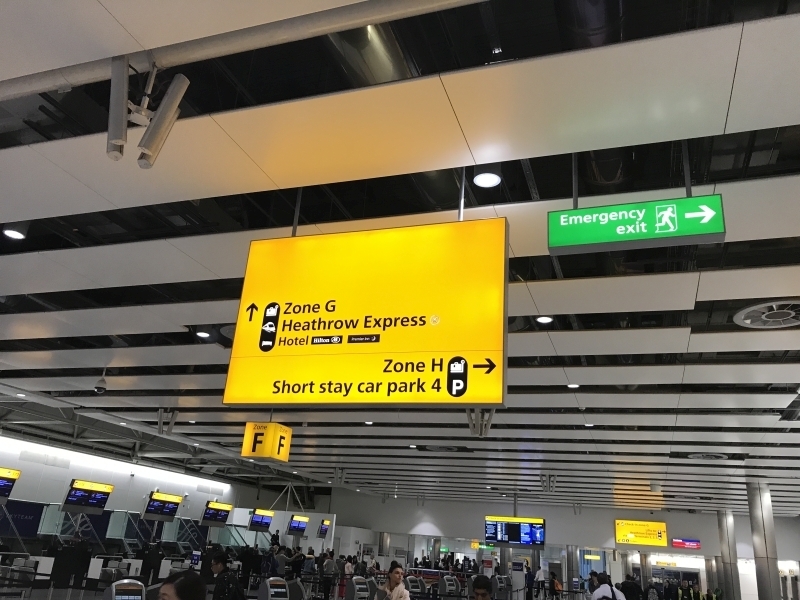 Once I got to Heathrow Terminal 4 it was fairly easy to find the Premier Inn hotel. With luggage it’s best to get the lift up to the departure area, then turn right and keep walking until you get to the walkway which leads to the Hilton Terminal 4 and the Premier Inn.

I timed the walk.  It was 5 minutes from the tube station to the check in area and a further 7 minutes along the covered walkway to the Premier Inn Heathrow Terminal 4 reception. 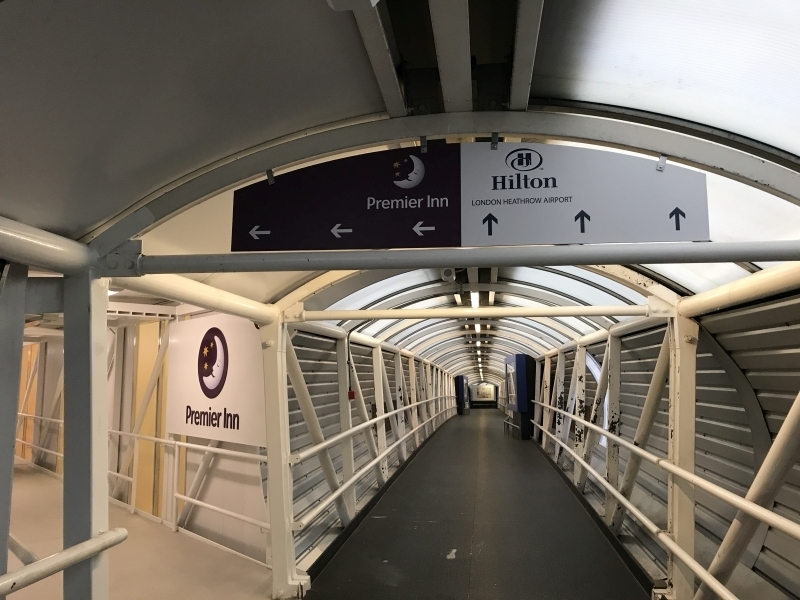 As you walk through the doors you find two armchairs in front of you. The reception area is to the right. 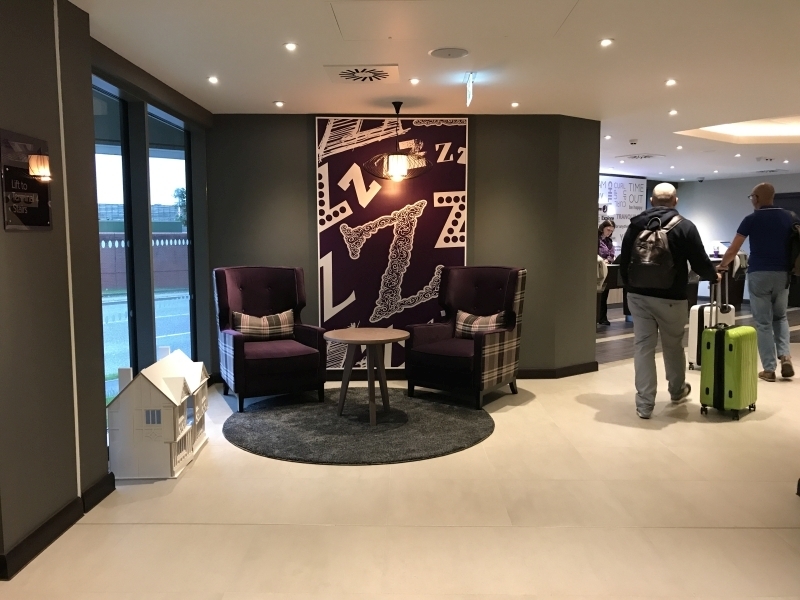 The Premier Inn check in area had a bunch of self check in terminals, which I had never used in a hotel before, as well as receptionists who were happy to help. I entered my name for the reservation to come up, had the option of adding prepaid breakfast and / or dinner – which I didnt, and after a short while my keys came out of the machine. 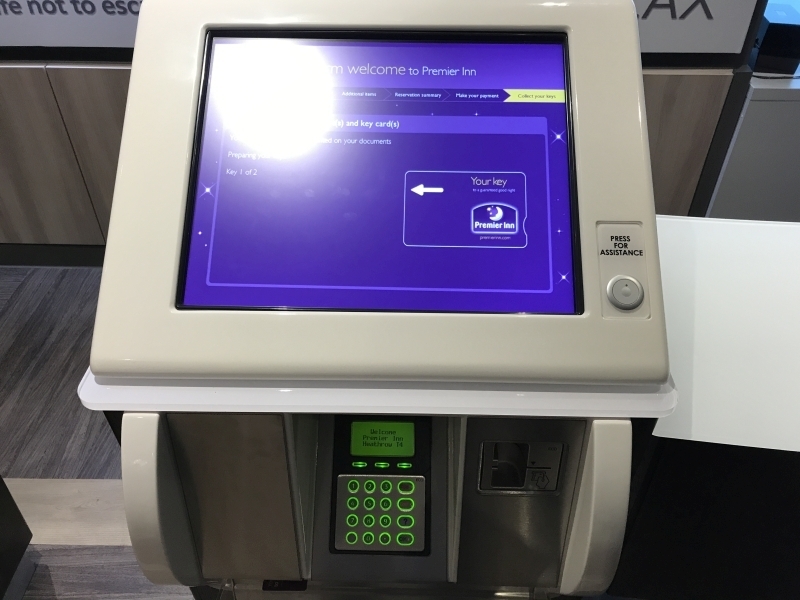 The room had a double and a single bed (not sure why they put that in): 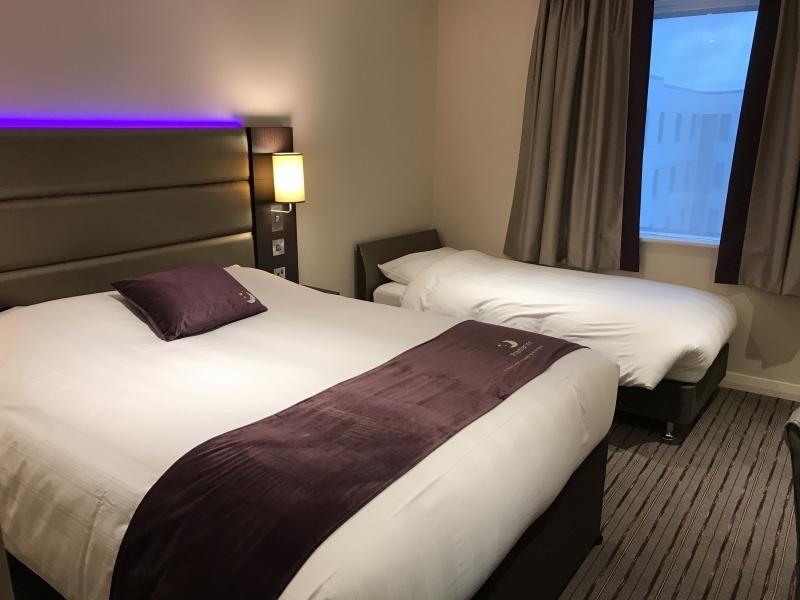 There was a good size desk with sockets, a coffee and tea station with kettle and much hated instant coffee.

The wardrobe was open with only a few hangers, but as the Premier Inn Heathrow Terminal 4 is an airport hotel you wouldn’t have much to unpack anyway.

Wifi was free, but extremely slow. If you require faster wifi you can purchase Ultimate Wifi for £5/24 hours which promises to be 8x faster. 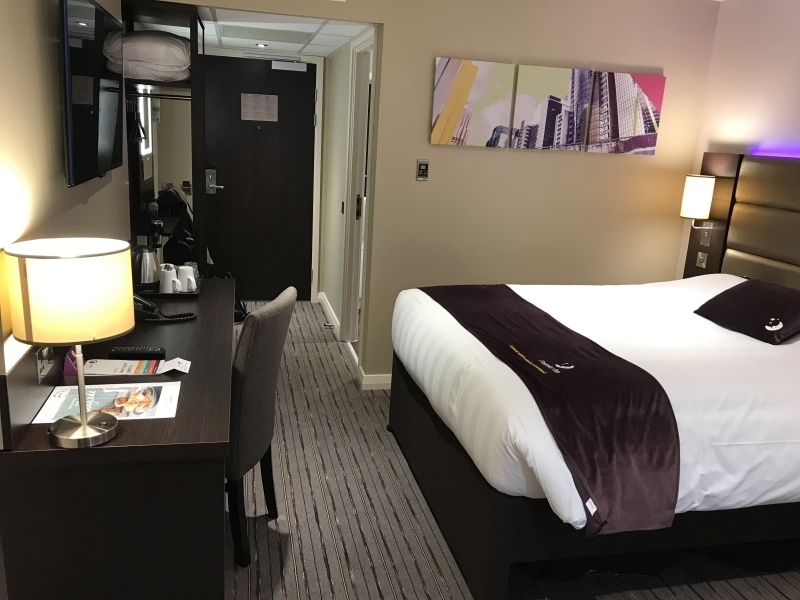 The bathroom was a good size with shower / bathtub and a 3 in 1 shampoo / conditioner / shower gel mounted to the wall.

I used it to wash my hair as I had left my shampoo at home and it was, surprisingly, ok. 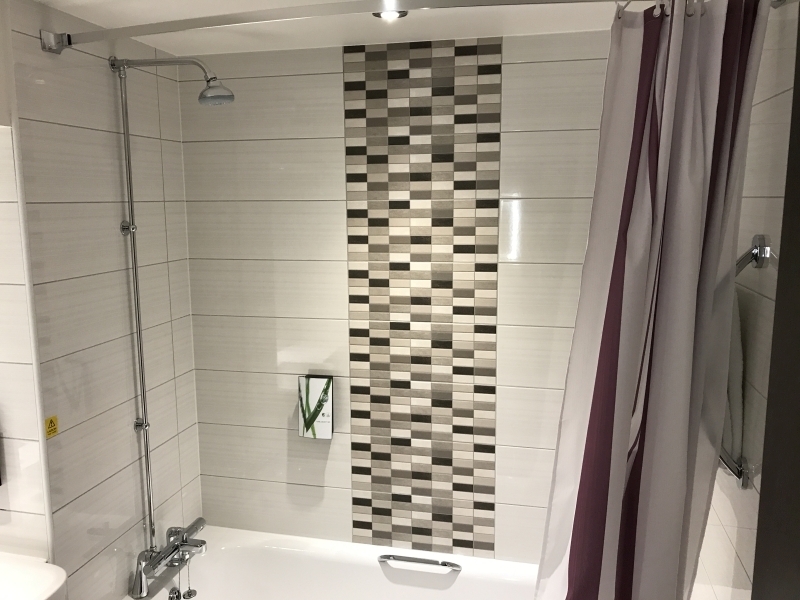 This was the view from the window. As you can see the Premier Inn is a triangular shape.  The hotel only has one bank of lifts which means if you are unlucky, you have to walk quite a bit until you reach your room. 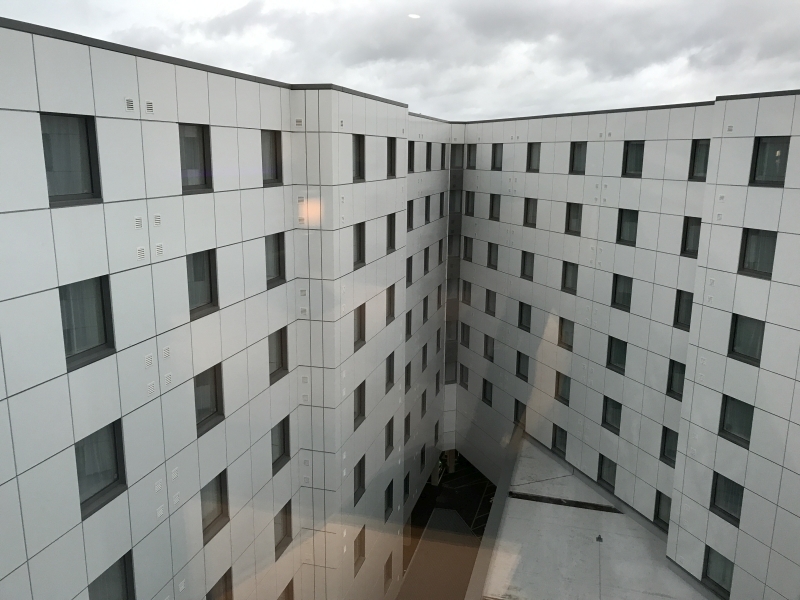 Dining and drinking at the Premier Inn Heathrow Terminal 4

There was a Costa Coffee on the ground floor which is open 24/7. 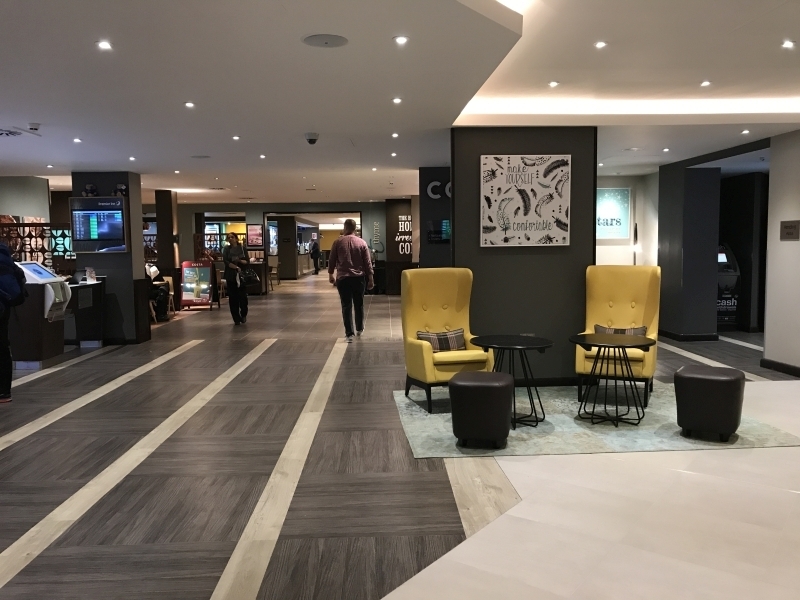 The Premier Inn also has a restaurant ‘Thyme’ which is a bit further down to the right and a bar which is to the left. 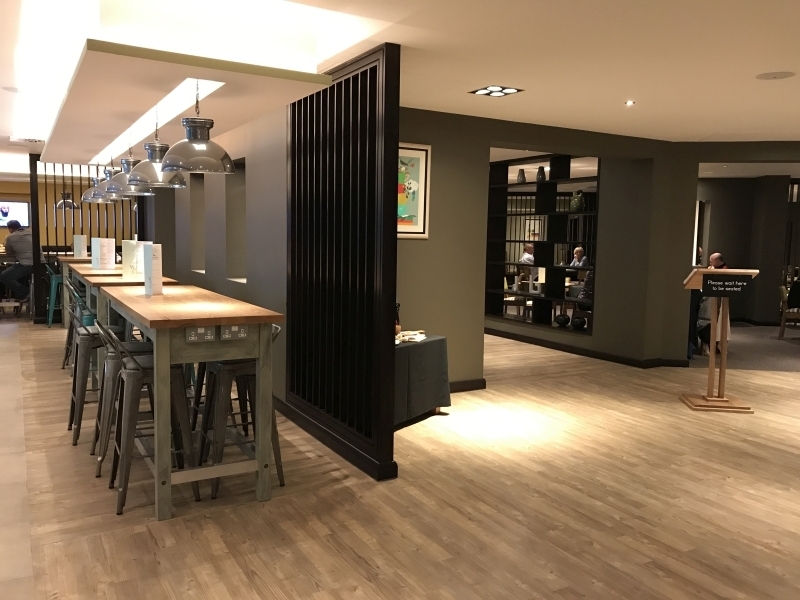 Getting to your plane

For Terminals 2 and 3, the best option would be to walk into Terminal 4 and take the Heathrow Connect train to Terminal 2 and 3.

Terminal 5 is trickier.  Taking the train is complicated, requiring either a Heathrow Connect with a transfer to a Heathrow Express or a tube to Hatton Cross and then a change to another tube back to Terminal 5.  It is easier to take the Hoppa Bus from outside the Hilton next door, a local bus or ask the hotel to book you a minicab (£9).  I chose the latter.

The Premier Inn at Heathrow Terminal 4 is next to the Hilton (which Rob reviewed in 2015) and an ideal choice when flying from Terminal 4.

The hotel is brand new, the room was a good size, the bed comfortable and the walk to Terminal 4 less than 10 minutes. Even when flying from Terminal 5 it’s worth considering the Premier Inn Heathrow Terminal 4 due to the cheap rates compared to the Sofitel.  My room was £49 (flexible rate) but you can get a room from as little as £40 if you prepay.