This is our review of the Aer Lingus Lounge at Heathrow Terminal 2.

Over the next week or so I am reviewing an Aer Lingus business class trip from London to Boston via Dublin.

Due to the low taxes and excellent Aer Lingus business class seating, this is a great way to spend your Avios.  If you want to know where Aer Lingus flies long haul, and how to book using your points, look at the first part of this series which was published yesterday.

My journey began with a short connecting flight to Dublin.  Aer Lingus flies from many regional airports in the UK to Dublin.  Living in London this meant my trip started at London Heathrow Terminal 2 and by visiting the Aer Lingus Lounge.

Here is my review:

Where is the Aer Lingus lounge at Heathrow Terminal 2?

Terminal 2 is the newest of the four Heathrow terminals (Terminal 1 is now closed) and, whilst not as expensively finished as Terminal 5, is bright and airy.

The main shopping area is down one level.  The Aer Lingus lounge is located within the main departures area on the same level as security, so don’t head for the escalators!  Instead, head to the right. 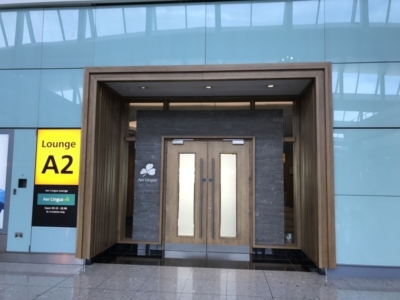 The first thing you notice when walking in is a large amount green and blue chairs around small coffee tables in the center of the spacious lounge. There were several screens showing the flight timetable as no announcements were made in the lounge.

Even though my picture doesn’t show this very well, the lounge was well lit thanks to floor to ceiling windows. 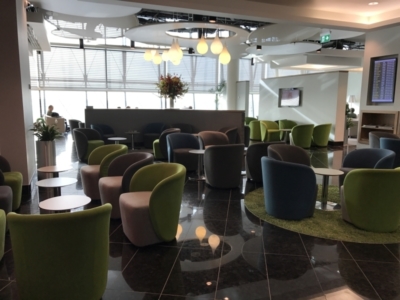 Just after the reception and in front of the sitting area were the toilets and one shower facility. I’m not sure if the lack of more showers can become an issue at times. 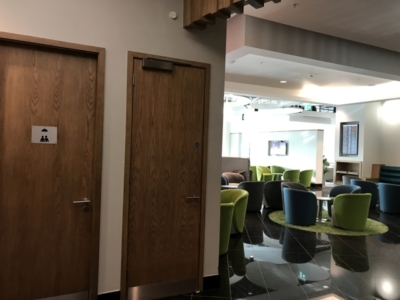 I was in the lounge just before lunch as my flight was at 12:15 which meant that the breakfast buffet was still out.

There was a selection of cereals, pastries, yoghurts, cheese and crackers as well as filter coffee, two coffee machines and juices. No hot food was provided.

I wasn’t in the mood for an alcoholic beverage, but Guinness, red wine and white wine were available. 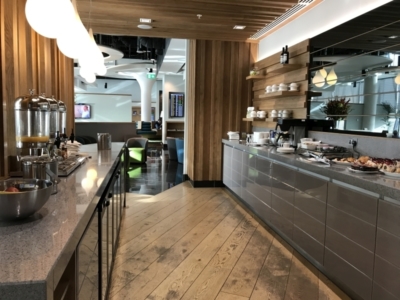 What I noticed was that even though the lounge was rather busy when I visited it, there were enough seats to accomodate everyone.  Besides the large sitting area in the centre of the lounge  there was a further sitting area next to the food area with a separate TV area at the far back. 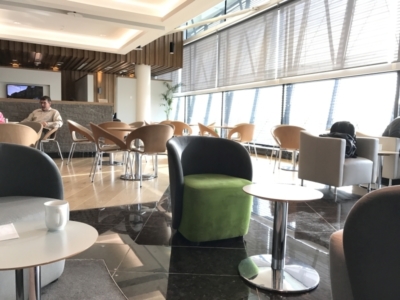 Towards the far right of the lounge was a chillout area with a large TV showing the news to the far right. This area also had a row of sun loungers facing the floor to ceiling window overlooking the tarnac – unfortunately all were occupied which meant I didn’t get to lay in one.  I thought it would be inappropriate to take a picture! 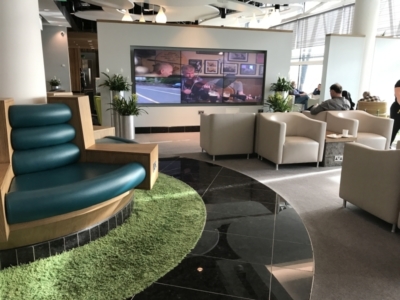 Next to the TV area was a separate work area with printer. 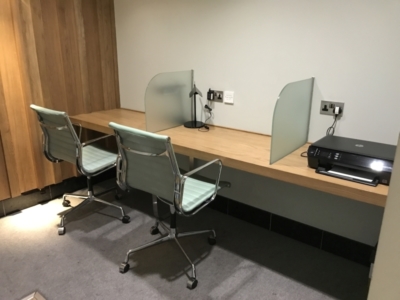 Is the Heathrow Aer Lingus lounge worth a visit?

The next part of this series will briefly look at the short flight to Dublin as well as the US immigration pre-clearance process and the new pre-clearance departure lounge.