IAG, the parent of British Airways, confirmed last night that it had bought the landing slots at Gatwick Airport previously used by failed airline Monarch.

Whilst many of these will end up with British Airways, it is also possible that we will see LEVEL – the new low-cost long-haul airline – launching from London.  The BA strategy appears to be to put Norwegian under enough pressure that it decides to move its aircraft out of the UK for easier pickings elsewhere.

We may also see Vueling and Aer Lingus picking up an extra slot or two.

Monarch reportedly had 155 weekly slot pairs at Gatwick.  This gives British Airways substantial scope to grow, but at the same time may give a short-term headache due to the ‘use it or lose it’ rules.

BA will need to rustle up 5-10 aircraft to fly these slots even if they are empty ‘ghost flights’.  A more likely option is that IAG will lease slots out to other airlines for a number of seasons whilst it finds suitable aircraft and routes to fill them.

Short term this could be a problem.  Unless it can get an exception from Gatwick, BA must operate 80% of the Monarch slots over the Winter season or they will revert to the airport.  Would BA really allocate a couple of aircraft to Gatwick which take off and land immediately, with no passengers or cabin crew, 20 times per day, seven days a week? 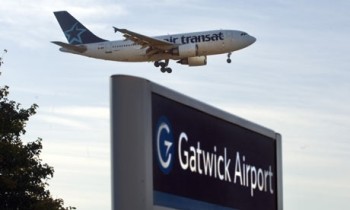 Unfortunately – very unfortunately, as it is my main flight bookings tracker – the MyFlights iOS app and website is to close at the end of the year.

MyFlights is reliant on an agreement with Amadeus, the global flight distribution system, to operate.  From January, Amadeus will introduce new security procedures that require approval from the booking agent before a booking can be accessed.  Since it is impossible for MyFlights to get such agreements from every airline and travel agent, it has little choice but to close the consumer facing version.

It will continue as a B2B product, marketed to travel agents to offer as a service to their customers, although it will only be able to track bookings made via that specific travel agent.

I have known Chris, who founded MyFlights, for many years and it is a shame to see the product end like this.  There is nothing else on the market that can track, in real time, the current status of your flight bookings and update you as soon as there are any changes.  It has saved my bacon a few times when British Airways has cancelled flights or changed aircraft types, allowing me to call and make alternative arrangements before my fellow passengers found out what was happening.

Anyone who has paid for the premium version of MyFlights will receive a pro-rata refund at the end of the year.

Three cashback offers appeared on my American Express account over the weekend which may come in handy over the Christmas shopping period.  These may or may not be available for you – check the ‘Offers’ tab of your online statement page for every card you own.

The most relevant is £5 cashback when you spend £50 at World Duty Free.  This deals runs until the end of the year.

For our male readers, Mr Porter is offering £75 cashback on a £250 spend.  This is valid until 18th December.  Mr Porter has a very broad selection of high-end clothing, footwear and accessories.

Harvey Nichols is offering £30 back on a £100 spend.  This runs until 10th December.  A £100 in-store gift card purchase should do the trick if you want to conserve your spending for the January sales – I bought a £100 Harrods gift card last week to trigger an identical offer.

The annual American Express ‘Shop Small’ campaign is also back from 2nd December, getting you £5 back on every £10 purchase in participating independent shops (and occasionally bars!).  We will cover this later in the week.