There was an interesting interview in the Mail on Sunday yesterday with British Airways CEO Alex Cruz.

You can find it here.

It was billed as his ‘first major interview’.  Unfortunately, you can tell that the Mail had to agree to write a soft puff piece in order to get the story written.

(The irony is that the Mail is no longer available in British Airways lounges or at plane doors.  But who knows if it will reappear next week?)

For me, the red flags started waving when the newspaper writes (and this is not a quote from Cruz, this was written directly by Ruth Sunderland) – “engineers in Cardiff are retro-fitting 128 long-haul planes in the existing fleet with new interiors”.

Did she mean the 130ish strong short-haul fleet?  In which case, she purposely failed to mention that a toilet is disappearing, that the other toilet will be rammed into the back wall and reduced in width and that three extra rows of seats are being squeezed in, with all seats beyond row 12 having no recline.  Or did she really mean the 130ish strong long-haul fleet, which is not having any sort of new interior?

Other red flags include news of “fast” wi-fi and “big” snacks for economy passengers.  I’m also not totally convinced that the biggest “PR blow” in the last year was when Nicola Benedetti got a bit grumpy because BA refused to take her violin in the cabin because she hadn’t bought an extra seat.  I’m sure we’re all relieved that Cruz “says the row has now been smoothed over”.

The more cynical among you may have got suspicious by the first paragraph when the reporter arrives – by total coincidence – at the same time as Cruz is doing a shift ‘on the ramp’ at Heathrow, helping to dispatch a plane.  At least that hi-viz vest would have come in handy at last. 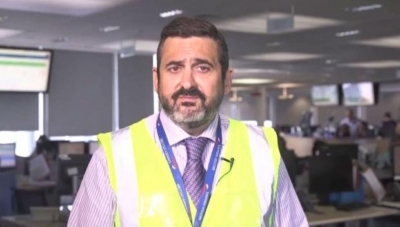 The only tough question comes over BA’s market position:

“We will continue to be a premium airline for the rest of our lives, there is no way around it” he says.  How does scrapping the free food on short haul fit with that? “Whatever we do, BA will always have a premium edge to it.”

There is one new fact revealed, however.  It seems that the new Club World cabin will have fewer seats.  This was not an inevitable consequence of having new ‘all aisle access’ seats and products such as the Qatar Airways Qsuite show that you can deliver an amazing product with a fairly high density.

Despite the above comments, the article is worth a read.

And, despite my own comments, I do fully understand that Cruz is in a difficult position trying to compete with low cost carriers whilst paying up to £44.91 (Istanbul for eg) to Heathrow in ‘Passenger Service Charges’.  It is also true, however, that the upside of having multiple carriers competing on most routes from London is that you can ‘do a Waitrose’ and focus on hoovering up people who are not obsessed with price above everything else including comfort.

The idea that the public can choose anything from a London bus to an Uber Mercedes S-Class to get to the airport, and stay in anything from a hostel to a 5-star grande dame when its lands, but has no interest in anything but a low price when picking their flight has always been ludicrous.