We have occasionally covered the weird story of Italian airline Meridiana on Head for Points.  This was an airline based in Sardinia, owned by the Aga Khan and flying a decrepit fleet of planes to random destinations.  It also used Avios as its loyalty currency, although you cannot transfer in or out of the Meridiana Club scheme.

Qatar Airways recently acquired a 49% stake in the airline.  Qatar also happens to have a few spare aircraft at the moment due to the short-haul blockade in the Middle East.  This is allowing it to support a nose to tail restructuring of Meridiana which will transform it beyond recognition within three years.

If we are lucky, it will fill the gap left by airberlin for an Avios-based carrier in central Europe. 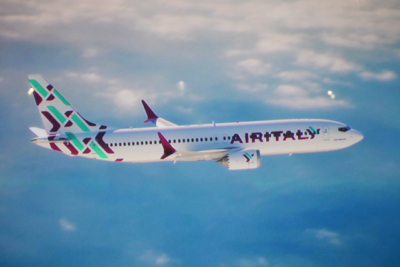 On Monday, it was officially announced that Meridiana will be renamed Air Italy.  The website is here.

Starting in April, it will be receiving:

All of these aircraft are either currently owned by Qatar Airways or are in the course of being delivered.

This latter figure is especially eye catching.  Meridiana currently runs the odd long-haul route but taking a fleet of 20 787s involves a massive commitment.  I can only imagine that this plan assumes Alitalia being absorbed by a short haul airline and its long haul routes dropped, leaving a gap in the market.

The new airline will be based at Milan Malpensa, which at least makes more business sense than the current Palermo hub.

You can read more about the Air Italy launch on its website.