IHG Rewards Club has released a teaser video on its Facebook page highlighting five hotels which will feature in the new PointBreaks list.

These hotels will be bookable from Monday afternoon UK time.  It seems at the moment that we won’t see the full list until it is officially published.

The 100+ PointBreaks hotels on the list will be bookable for the period 1st August to, probably, 31st October.  The cost will be reduced to between 5,000 and 15,000 points per night depending on hotel.

Another 100+ hotels will be revealed on Monday. 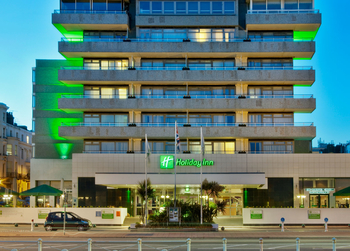 The inclusion of Brighton is just weird.  Why the hotel needs to reduce its redemption pricing for August is a mystery, although I have heard in the past that hotels don’t get much choice as to whether they go on this list or not.

I should also warn you that, despite a lobby refurbishment, the Brighton hotel is meant to be a mess.  A friend of mine booked in recently and instantly walked out after seeing his room, checking into the adjacent Hilton instead on the grounds that the HI “makes the Hilton look like Four Seasons George V [in Paris]”.  Just so you know ….