The Park Plaza hotel group has launched a special promotion for its new London Waterloo hotel.  We covered the opening here – it is very close to the Imperial War Museum, is basically opposite Lambeth North tube station and is a short walk from the South Bank / Waterloo.

Until Sunday night, you can book a Superior Room for £139 for Friday-Sunday nights and £159 midweek.  This includes breakfast.  Your stay can be at any point between 18th October and 31st January. 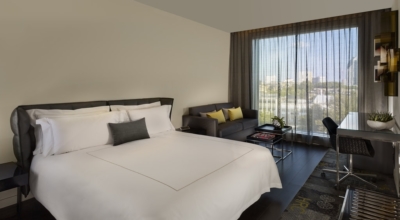