I was going to write an article about a good new Avios promotion that Flybe is about to launch, and about what I learned about their frequent flyer plans when I met their new ‘Head of Loyalty’ recently.

I have decided to push that story back to Sunday (EDIT: it is now published and you can read it here) because I wanted to focus on something else today.  If you have been reading the press this week you have probably seen stories about ‘Flybe putting itself up for sale’ and some slightly more scurrilous rumours about the health of the entire group.

We have, without a doubt, seen a lot of airline failures recently which impacted the UK.  Monarch was the big one, of course, but Primera and Cobalt have also disappeared in recent weeks.  Some people seem to be putting Flybe into the same boat, but from what I can see that simply isn’t being realistic. 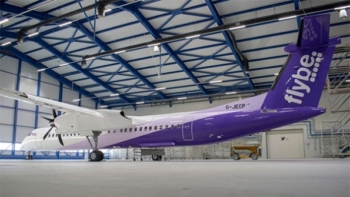 Here is the interim results presentation released on 14th November (PDF).  A quick look at this shows that, on the face of it, Flybe’s restructuring is starting to work.  Revenue per seat was up 7.9% whilst costs per seat (including fuel, constant currency) rose by only 2.6%.  Operating costs fell slightly if you exclude fuel.

Is Flybe losing money?  No.  Whilst all of our City readers know that ‘profit’ can basically mean anything you want it to be, Flybe made £42m EBITDA in the first – admittedly lucrative Summer -half of its financial year.  If you’re not a finance person, EBITDA is ‘profits (earnings) before interest, tax, depreciation / amortisation’.  This figure is basically the cash it generated from day-to-day operations before paying its debts.

Are Flybe planes getting emptier?  No, their load factor rose by 8% year on year – mainly by cutting poorly performing routes – from 76% to 84%.

And, unlike Primera, Cobalt and Monarch, Flybe is generally serving markets with no direct competition and no realistic indirect competition.  As the presentation points out, your alternatives for travelling from Southampton to Glasgow are not exactly enticing.

The caveat, of course, is that these numbers cover the Summer period.  We are now entering the Winter season when demand and fares are lower and where most airlines see lower profits.

The company recently put out a profit warning on the back of softening demand, higher fuel costs and currency weakness.  It also needs to secure financing for scheduled new aircraft deliveries and, as with many retailers, may be asked to provide additional collateral to Visa and Mastercard who are wary of potential Section 75 chargebacks.  It certainly won’t be an easy ride over the next 12-18 months but the fundamental trading pattern looks sound. 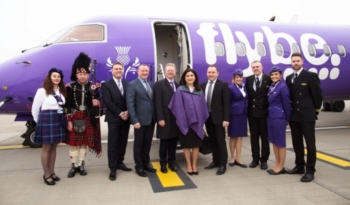 Will Flybe be sold?

The company has announced that it is willing to listen to potential takeover or investment offers.

As a quoted company without a dominant shareholder it could, of course, be taken over at any time.  Any bidder could pick up some shares in the market, but it has to make a public statement when it reaches 3% and – at 30% – must launch a formal offer for the whole group.  Flybe is trying to circumvent this process by launching a regulated process which allows interested parties to have access to management without the need to make any hostile moves or publicly identify themselves.

I don’t know if Flybe will remain independent or not.  Stobart Group expressed interest in a bid a few months ago and they could return to the table.  What does concern me is that recent newspaper publicity could put people off booking with Flybe, even though – looking at the numbers released last week – the company seems to be at no immediate risk.

There is an element of self fulfilling prophecy here because if people stop booking Flybe because they believe it is going out of business, it will go out of business.  This will put 2,300 jobs at risk, along with many key airline routes which are vital to regional businesses, and that would not be good news.

I’d be happy to book with Flybe at the moment, and hopefully you would too.  Use a credit card and your money is safe anyway under the Section 75 rules.  Tomorrow I’ll tell you about their new Avios bonus promotion and what the new ‘Head of Loyalty’ is planning.

PS.  Just for clarity, neither I nor any of my family own shares in Flybe and this article is not an attempt to increase the value of my own holdings 🙂