This is my review of the new Kimpton Fitzroy hotel in London.

We have given a bit of coverage in recent months to IHG’s new Kimpton Fitzroy hotel in London’s Russell Square.  We also covered it when it re-opened as Principal London, before Principal Hotels was bought by IHG and IHG announced plans for rebranding the hotels.

The first rebrand to be completed was the jewel in the crown, Principal London.  Principal Hotels spent £80 million refurbishing the old Hotel Russell, near the British Museum.  To put this in comparison, it is more than IHG spent on its refurbishment of the flagship InterContinental Park Lane a few years ago. 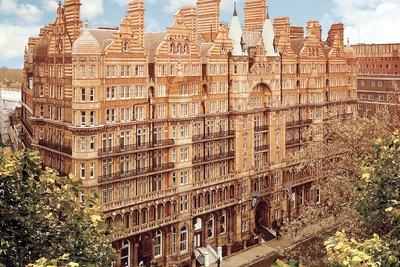 I had never actually been inside the hotel until just before Christmas.  I had lunch in the Neptune restaurant and I was able to get a full tour of the hotel afterwards, including the rooms and suites.  I can now say two things with certainty:

Kimpton Fitzroy has, by far, the most impressive and attractive eating and drinking options of any IHG hotel in London

the rooms and suites are small – expensively decorated, but small – and won’t suit everyone

The hotel website is here if you want to learn more.

The public areas at the Kimpton Fitzroy hotel

Like many of the grand Victorian hotels (it was built in 1898, the architect was Charles Fitzroy Doll), the old Hotel Russell was built as a place to see and be seen.  The photos in this section are official hotel pictures because the areas were either busy, closed or had bad lighting (this was late afternoon) when I was there.

This is the lobby.  I mean, it is just crazy.  Can you imagine anyone commissioning something like this today?  Principal actually replaced a lot of the original marble that had been lost or damaged over the years. 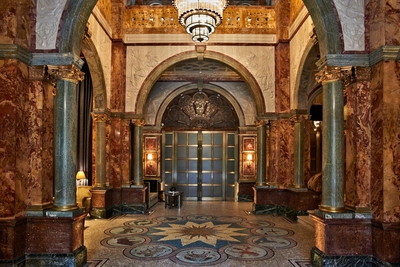 There are four separate eating and drinking spaces.  This is the Palm Court, which is very large and was surprisingly empty on my visit.  It looks fantastic.

The pasty chefs had build a 5-foot tall gingerbread house for Christmas which had apparently taken the team a whole night to ice together!  If you are looking for somewhere new for afternoon tea, especially at short notice when The Ritz etc is fully booked, try this. 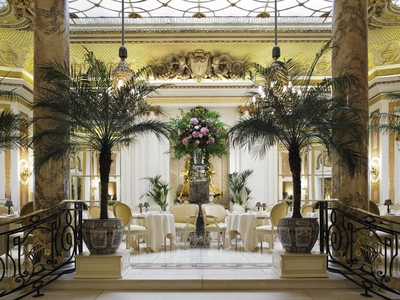 This is the Neptune restaurant where we had an impressive lunch.  This has had a lot of positive press coverage since it opened so you don’t need to take my word for it.  All of these venues have separate street entrances to encourage local trade.

The restaurant is, apparently, very similar to the main restaurant on the Titanic which Charles Fitzroy Doll also designed.  On the main staircase on the second floor is a bronze dragon – there used to be two of these, with the Titantic getting the other one. 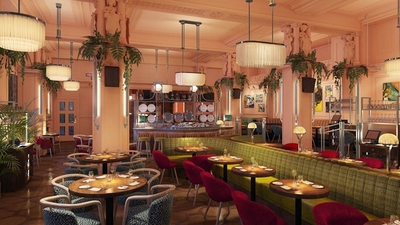 This is Fitz’s Bar.  The hotel is taking this very seriously and is hoping to get onto many of ‘World’s Best Bars’ lists in the next couple of years, in much the same way that the Langham London hotel has made its Artesian bar a core selling point.  Again, a huge sum of money seems to have been spent here. 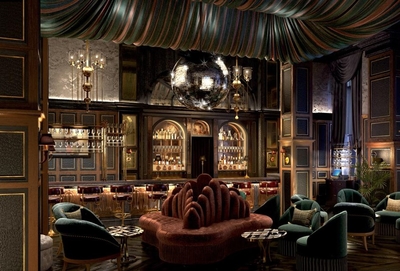 Finally, there is the coffee shop / casual dining restaurant, Burr & Co.  Buffet breakfast is served here – I think Neptune serves a separate a la carte breakfast, unless I misheard. 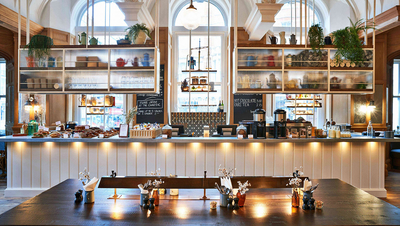 The rooms at Kimpton Fitzroy

Here are my own photos of two rooms – a standard entry-level room and a suite.  ‘Cosy’ is the best description, although you can’t fault the money that has gone in to making them look good.

This is a standard double: 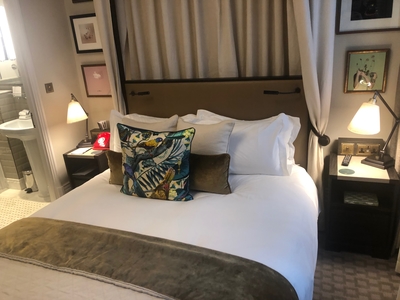 I was standing against the back wall when I took the photo.  As you can see, there is only about 18 inches of floor space around the bed on all sides.  What you can’t see is the table of amenities, including a coffee machine.  There is also a smart Ruark digital radio, alarm clock and Bluetooth speaker.  There are no shortage of plug sockets. 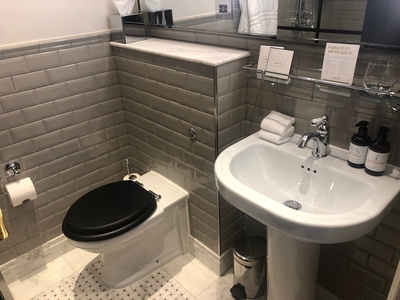 The bathrooms look like this.  There is a shower but no tub.

This is one of the larger suites: 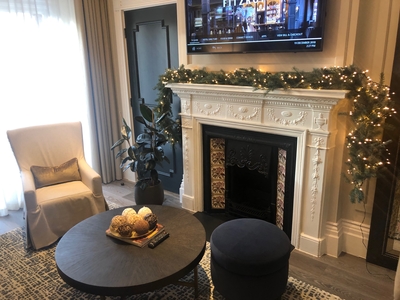 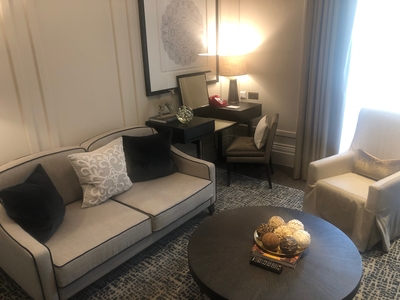 The suite bedroom was also compact with little space around the bed itself: 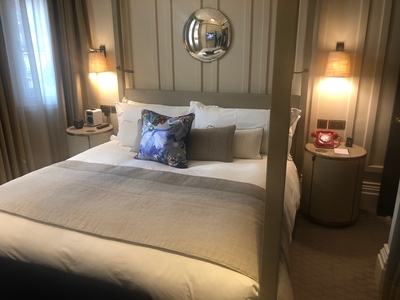 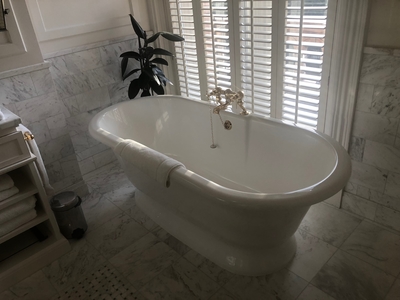 The bathroom has a very large shower as well.

In terms of leisure facilities, there is no pool but there is a surprisingly large fitness centre.  If you are looking for meeting or event space, there is a large ballroom behind the Palm Court which connects to it and can be used either together or independently – the ballroom also has a separate street entrance.

Kimpton Fitzroy is a throwback to the era of grand hotels but very much brought into the 21st century.  The small size of the rooms means that it isn’t somewhere you’d stay if you spend a huge amount of time upstairs, but it IS somewhere I’d recommend if you want to eat and drink in very attractive and classy surroundings.

You also need to decide if the Russell Square location works for you or not, although the entrance to Russell Square tube is literally seconds away.  It is a direct Piccadilly Line train from Heathrow which is convenient.

Cash rates vary depending on when you stay and the room you take, but assume £225+ at weekends and £275+ midweek for a double.  As an IHG Rewards Club redemption, it is 70,000 points per night.

You can find out more on the Kimpton Fitzroy website here.

PS.  Pointless fact of the day: The ‘Russell Group of Universities’ is named after the Hotel Russell, which is where the heads of the founding universities met to plan the new organisation.

Get bonus points: IHG One Rewards is not currently running a global promotion.