The second Radisson hotel in Europe has opened near Zurich Airport.

‘Wait’, I hear you say. ‘Surely there are many Radisson hotels in Europe?’.  Not really.  The European hotels are branded as Radisson Blu, Radisson RED or Radisson Collection.  The stand-alone Radisson brand is not used.

One reason is that the quality of Radisson hotels in the US is very poor.  Recently opened properties use the Radisson Blu branding to distinguish them.  This leaves the question of why they believe that any international travellers would want to stay in one ….

Previously a Park Inn, the Zurich Airport property has been completely refurbished and features conference rooms, a gym and an Italian restaurant.  It complements the existing Radisson Blu at the airport – which is probably why the hotel was forced to use the ‘Radisson’ brand – and is a 7 minute shuttle-bus ride away.  Full details are on the Radisson website here. 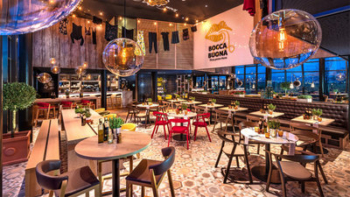 Radisson Blu has also launched a new summer promotion.  New bookings from now until 2nd June will enjoy complimentary breakfast, 10% off and 2,500 bonus Radisson Rewards points.  Stays must be between 1st July and 31st August, fitting in nicely with the school holidays.  You must book via this link.

Given our notional value of 0.33p per Radisson Rewards point, 2,500 bonus points are worth approximately £8.  This is not a bad deal on short, cheap stays.