In my previous article, I outlined ‘the facts’ of the Hilton Honors loyalty scheme. This article is my personal opinion, highlighting areas where I think you might want to focus.

Weak points – some UK Hilton-branded hotels dated, no Hilton credit card at present, regional differences in how status members are treated, redemption rates are going up without notice 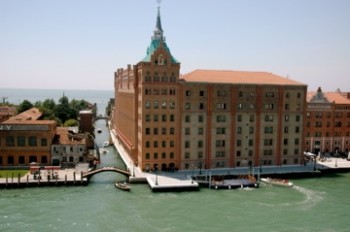 Let’s hit the good points first. Hilton Honors offers the best mid tier status of any of the hotel schemes. Once you have a Hilton Honors Gold card, you will receive free continental breakfast and a ‘preferred room’ of some sort at most – not all – of the Hilton brands.

You can status match your existing mid-tier hotel card and get upgraded for 90 days, with an extension if you hit a stay target.  Hilton Gold is also free if you hold an Amex Platinum charge card.

I am impressed with the way that the portfolio has been refreshed in recent years. We have seen impressive new upscale Conrad and Waldorf Astoria hotels and decent Hampton budget properties. I would rank Hampton above Holiday Inn Express and indeed most Holiday Inn properties.  There is also a deliberate attempt to bring in more upscale hotels.

The core Hilton brand is also seeing a resurgence with openings such as Tallinn and Paris Opera which we have reviewed, as well as London Bankside.  Further afield, we are about to see a 2nd ‘all suite’ Conrad in New York which will make a good redemption option.

The Curio brand, which is attracting leading independent hotels to sign with Hilton, is also looking promising – here is our review of Gran Hotel Montesol, the boutique luxury Ibiza hotel and here is our review of the Boston property.  The new Curio at Lincoln Plaza at Canary Wharf is also meant to be impressive.  I am typing this in the Austrian ski and hiking resort of Kitzbühel, and there is even an impressive Curio Collection property here.

There are still some identity issues in the portfolio.  I defy anyone to explain the difference between a Conrad and a Waldorf Astoria. Why is the very nice Venice hotel branded as Hilton? Why is there no real distinction in the UK between Hilton and DoubleTree? Indeed, why are UK DoubleTree properties superior to Hilton when the opposite is meant to apply?  I am also confused about the difference between Hampton and Hilton Garden Inn, both of which are being rolled out aggressively at the moment.

There are also variations in how status members are treated. Due to the huge number of people holding Gold status in the US via credit card offers and the like, you won’t get much from a property there. On the other hand, a Gold travelling in Asia can often do very well for upgrades and benefits.

I am happy to move across a slug of Amex Membership Rewards points at 1:2 when a suitable redemption opportunity comes up.  When we were in Tokyo in 2017 I got almost 0.5p per Hilton point at the Conrad which meant almost 1p per Amex point, which is very good.

The Hilton Auctions ‘redeem points for experiences’ scheme continues to improve.  It isn’t yet on a par with Marriott Moments but it might still get there.  Hilton does a bad job of promoting this, which means that UK events often consist entirely of Head for Points readers if we choose to get behind a particular one.

If you’ve got Hilton Gold and you avoid staying at the most dated UK Hilton properties, you will probably have a decent stay.

Interestingly, top-tier Hilton Diamond status is generally seen as having only modest value. Unless you stay at hotels with a lounge, where you are guaranteed access, you get little extra at most places than a Gold.  A better strategy may be to secure your Hilton Gold requalification and then focus on achieving mid-tier status with another chain.

How did the 2017 redemption changes impact Hilton Honors in the end?

In the medium term, which is where we are now, everything is generally OK:

Hotels which were disproportionately expensive as a redemption got cheaper, and you will get something between 0.33p and 0.45p per point

The cap on the maximum number of points needed for a redemption means that most hotels are cheaper or the same price as before – but we have seen Hilton sneaking through increases with no notice, such as the recent London rises

The wave of changes to earning rates in 2018 were less good.  Hilton:

There is a trend in the airline miles sector to give more rewards to big spenders and reduce benefits for the rest.  We saw this with the last set of Avios changes in 2015, where discounted economy tickets went from earning 1 x miles flown to just 0.25 x miles flown.  Hilton moved the same way.

What Hilton seems to be doing is:

reducing what it spends on points for infrequent guests and

by stopping ‘points and miles’, reducing the amount of cash flowing out of Hilton Honors into the pockets of the airlines

What I never understood is where this fits in with Hilton’s ‘book direct’ campaign.  For a Silver or base member, who gets no real status benefits and who saw his or her points cut and their ability to earn miles removed, why should they book direct if the ‘member discount’ is very small?  If the price is similar then Hotels.com Rewards – which effectively offers you 10% of your spend back in free nights as I explained here – looks attractive now.

At the same time, Hilton clearly decided that it wasn’t doing enough to keep members loyal once they had their Gold or Diamond requalification in the bag.  There are now three reasons to keep going: extra bonuses for doing 40+ nights, elite rollover nights and the ability to give status to a friend.

There is still no word on the introduction of a new Hilton UK credit card.  Members have been receiving surveys about potential benefits, so the idea still seems to be alive.  The old card, dropped in March 2018, was my favourite ‘starter card’ for newcomers to miles and points and it was a shame to see it go.

I’d also like to praise the new, free, ‘points pooling’ feature.  This allows me to sweep across points earned by my (Gold) wife on her work trips into my (Diamond) account.  This makes it easier to earn the points needed for a redemption and ensures that we maximise status benefits when we do so.

I am more positive about the company than I have been for some time, due to:

decent new hotel openings, both in the luxury and mid-market sectors

the success of Curio in attracting high-end independent hotels and

The removal of reward charts and the proven ability of Hilton to increase the ‘cap’ on points charged at specific hotels with no notice means that you need to remain vigilent, however.