I often get emails from readers asking what the ‘best value’ Avios redemption is.  The honest answer, of course, is ‘one that takes you somewhere that you really want to go’.

There is a more scientific way of looking at this question.  The question is: “What is the cheapest route per minute of flying time for Club World Avios redemptions?‘.

With the help of a HFP reader who did some of the groundwork, we have put together this list of the flying time of British Airways long-haul routes compared with the Avios required for a Club World off-peak redemption.

The results were a little surprising, with the winners being the mid-haul routes. 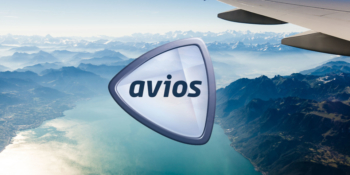 Cape Town is known to be a great deal because it should, technically, be in a higher pricing zone than it is based on distance.  The San Jose (Costa Rica) route is up there too.  Similarly, Las Vegas and other US West Coast cities are pushing the boundaries of their zones and so offer good value.

The ‘best value’ winner is Moscow.  This is not surprising as it is operated – on some flights – by long-haul aircraft but is priced off the short-haul list.  It is Reward Flight Saver as well!

Note that some of the ‘best value’ routes are only on the list because the flight has a stopover.  In theory you should discount the time spent on the ground, especially as you usually need to get off the plane.

The ‘worst value’ routes also came as a bit of a shock.  I would have gone for Boston, given that it is the nearest US East Coast city to London, but there are actually plenty of long-haul routes which are even worse, mainly to the Middle East.

Flight times are based on flights FROM London.  This overstates the average North American flying time, due to the quicker return trip, and vice versa.  Some flights are also slower than others due to the aircraft type or to fit in with airport opening times – I used the first BA flight of the day in all cases.

Take a look and see what you think. This chart shows you the Avios you need to redeem to get 1 minute each-way of Club World flying time.