IAG, the parent company of British Airways, has announced the acquisition of Air Europa for €1bn.

Air Europa is the 3rd biggest airline in Spain.  The acquisition, according to IAG, will turn Madrid into a genuine ‘5th European hub’ city alongside London, Frankfurt, Paris and Amsterdam.

Importantly, IAG will become the largest airline group flying between Europe and the Caribbean and Europe and Latin America.  Even more importantly, if you live in Spain, is the fact that IAG will operate 73% of all domestic flights in Spain. 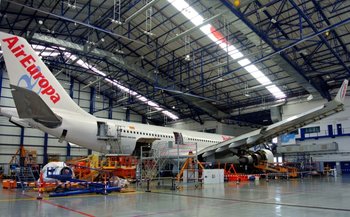 I met the Air Europa CEO last Autumn at an event he sponsored in Mallorca, and later got a tour of their facilities at Palma (see above).  I must admit that I was surprised by the size of the airline, especially the long-haul network, which had gone under my radar.

Note that the acquisition does NOT include the travel agent, ground handling and hotel businesses owned by the parent company, Globalia.

“Air Europa is one of the leading private airlines in Spain, operating scheduled domestic and international flights to 69 destinations, including European and long-haul routes to Latin America, the United States of America, the Caribbean and North Africa.

The Board of IAG believes that the transaction would:

The Air Europa brand is to be retained, at least for the medium term, and the airline will be a stand-alone profit centre inside IAG.  Despite this, there will clearly be very close co-operation with Iberia covering everything from flight scheduling to codesharing.  It is worth noting that Air Europa is NOT a full service airline in the mould of BA or Iberia (it is nearer to Aer Lingus) and would need substantial changes to its operating model if it was to rebrand as Iberia.

Air Europa will also, subject to approvals, be joining the existing revenue-sharing joint venture agreements, such as the one between BA, American, Iberia and Finnair between Europe and North America.

IAG has confirmed that Air Europa will be adopting Avios. 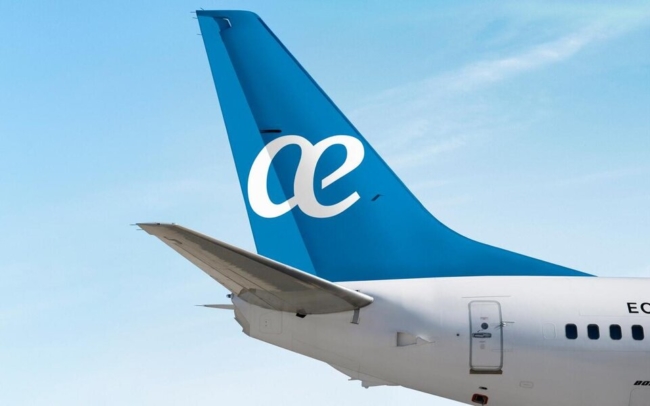 Are there competition concerns?

This deal increases the size of Iberia by 50%, assuming you treat them as one airline.

There is no mention of ‘regulatory concerns’ in the IAG press release, but the competition regulators will clearly be taking a close look at this, especially in terms of the Spanish domestic market.

You can tell from the tone of the announcement that IAG will be pushing this as ‘enhancing Madrid’s position in European aviation’ and if there is a price to pay in terms of IAG running the majority of domestic flights in Spain, then so be it …..

Eight airlines control 99.6% of Spanish domestic flights, according to CAPA.  Unfortunately for regulators, IAG will now own the three biggest, running a total of 73% of all domestic flights:

Ryanair comes joint third, also with 15%.  You then drop to BinterCanarias with 9%, which mainly operates in and to the Canary Islands.

HFP readers in the City will note that the ‘break fee’ on the deal is only €40m.  This is peanuts compared to the size of the transaction and implies to me that IAG expects to have ‘issues’. 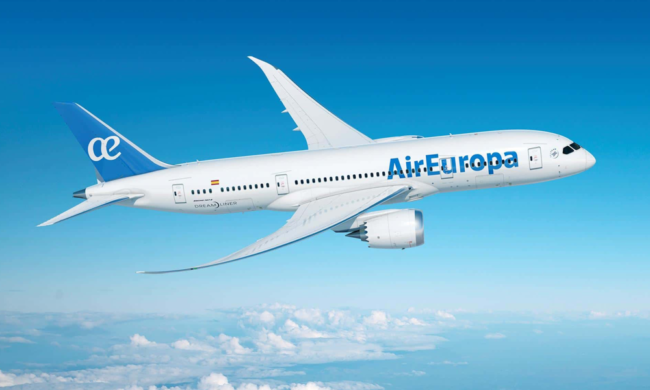 And what about Air Europa and SkyTeam?

Intriguingly, the press release (PDF) issued by IAG seems to have forgotten to make any mention of SkyTeam.  However, the full presentation made available to analysts confirms that it will leave in a one-line statement – no further information is given.

With LATAM recently quitting oneworld and presumably switching to SkyTeam following its partnership with Delta, there will be a wry smile on a few faces this morning.

However, there is also no guarantee that Air Europa joins oneworld.  Aer Lingus is not a oneworld member, for example, and the relationship between Air Europa and Iberia will be similar to the one that BA has with Aer Lingus.  If the plan is to fully integrate Air Europa with Iberia within five years or so, there is no point having it join oneworld for a short interim period.

There will be a notice period to serve out with SkyTeam which is probably longer than the time it will take to complete the Air Europa deal (H2 2020).  IAG will probably find itself with a SkyTeam partner for six months or so.

From the point of the view of the average HfP reader, the key benefit here will be an increased number of places to redeem Avios – although this won’t be happening for at least 18 months I imagine.