British Airways is not the only airline celebrating its 100th birthday – Qantas is also close to the milestone. The airline turned 99 on Saturday and is offering a special centenary sale this week.

Details will be available on the Qantas website at noon.

100 London – Sydney ‘Golden Tickets’ will be sold for peanuts

The biggest discount is to be had on 100 Qantas Golden Tickets.  These are extremely discounted economy fares between London and Sydney.  If you remember the Air New Zealand Black Friday offer from last year this will sound familiar – I got lucky there and snagged a return flight to Los Angeles for £175. 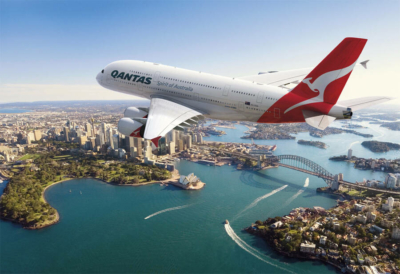 100 of these Golden Tickets will be released over 100 hours, starting midday today (Monday). Qantas is keeping very tight-lipped on the terms and conditions of these fares – look out for another article on HFP this afternoon, or potentially this morning if we get it in advance.

However, we know what these London to Sydney flights are going to cost (we can’t tell you!) and it is very low.

Whether all 100 are released at noon, or whether they are drip-fed over the four days – and, if so, when – we don’t yet know.  We also don’t know how many seats will be offered on the same flight, how long your trip will have to be (we are assuming that Qantas just sets specific flights on specific dates to the promo price), whether you can mix and match a one way promo fare with a standard fare home etc.

All will become clear later, hopefully.  However, your best chance will probably be at midday today before word gets around.

If you’re not lucky enough to snag one of the Golden Tickets, Qantas will also be running a 100-hour sale.

Again, prices are under wraps but you can expect to see fares from London to Perth, Melbourne and Sydney. We are hoping that there will be some good Business and First Class discounts.  Stay tuned for a more detailed look at the sale this afternoon.

What do you get on the A380 Sydney flights via Singapore?

If Qantas is offering good value Business and First Class seats in its sale, you could be in for a treat.

As a reminder, Qantas flies its A380s between London and Australia via Singapore. Qantas is in the process of refurbishing its A380s so you may be lucky enough to get one of the brand-new refurbished ones which we wrote about here. They feature a very classy on-board lounge for travellers in business and first: 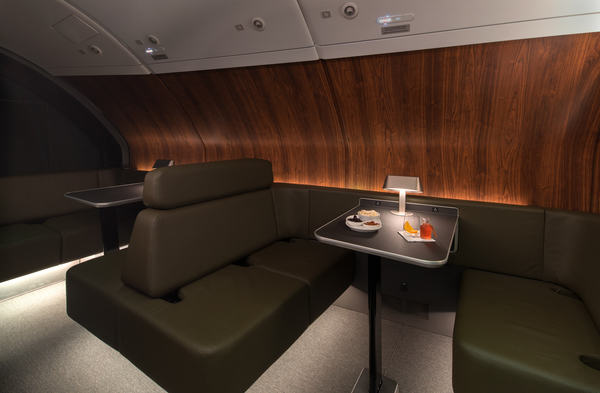 The refurbished A380s have the Qantas Business Suite adapted from their 787s. These feature all-aisle access similar to what Finnair operates: 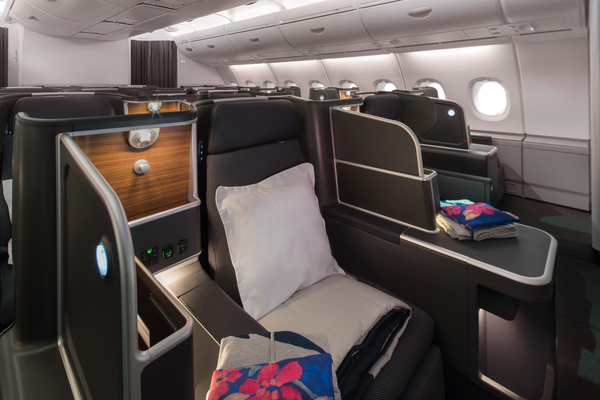 Qantas also flies its 787 direct from Heathrow to Perth. It’s not clear whether these sale fares apply to this direct route, although if they do that would be a boon, since this is a very popular flight.

The Qantas centenary landing page will have more details on the sale at midday today.

You should also be able to get the first of the massively discounted 100 economy ‘Golden Tickets’ to Sydney at noon.  More details when we have it.