SUNDAY EDIT: On Sunday evening, Curve put details of these changes back on its website, with two changes:

for new cardholders from Monday 25th November, these new policies apply immediately.  Existing cardholders will not switch to the new rules until 24th January (not 21st as originally stated)

the new policy will only apply to ‘we don’t accept credit cards’ merchants specifically listed by Curve, and initially only HMRC will be on that list.  You will NOT be surcharged for using Curve at any other merchant which only accepts debit cards.

MONDAY 6pm EDIT: Curve has added some additional exclusions to the website:

After an initial trial period with HMRC, other government payments such as National Savings & Investments, DVLA Vehicle Tax, and Student Loan Payments will be included as well.

Back to the original article ….

Curve Card briefly added a section to its website yesterday about new fees it is introducing for debit card payments which are recharged to a credit card.

The information disappeared from the website after pushback in Curve’s community forum, but it was detailed enough to assume that it is happening.

The main target here is HMRC tax payments.  It will also apply wherever you use Curve Card to make a debit card payment – at a merchant which does not accept credit cards – which you recharge to a credit card.

I’m not sure that many people have huge amounts of debit card payments apart from HMRC.  Most (not all) credit card companies are blocked by Curve using its get-out of ‘no financial services transactions’.  I think all debit card payments to mortgages, pensions or savings accounts are already blocked.

(If you don’t know anything about Curve Card, you may want to read my introduction here before continuing.)

Why do people use Curve Card to pay HMRC?

This was a serious blow for miles and points collectors who were not on PAYE, as it removed the ability to earn substantial sums of miles from paying VAT, NI, income tax etc.

Curve Card offered a way around this.  You could link a points-earning Mastercard or Visa credit card to your Curve Card and use it to pay HMRC.  Curve Card is treated as a debit card so it is accepted.

It looks like this is coming to an end ….

This is what was posted on the Curve Card website for a period yesterday:

Can I use Curve to make payments to HMRC?

If you decide to use the Curve card with a credit card selected as your payment card, starting on the 21st of January 2020, you may be charged a fee. For Curve Blue (free) and Curve Black (including Curve Black Legacy users) customers you will be charged 1.5% of the amount of the transaction. There is no charge to Curve Metal customers.

Here is the full list of Q&A uploaded to and then removed from the site:

Your miles would be costing you 1p and 1.2p respectively.  This is not a great deal but some people may find it acceptable.  I don’t.

It is worth noting that Curve Metal customers will not pay a fee.  This is intriguing.  Curve Metal costs £14.95 per month or £150 per year.  If you have substantial tax bills, the upgrade may be attractive.

…. then Curve Card via Curve Metal is still an attractive way to pay the Inland Revenue or any other debit card bill which accepts Curve. 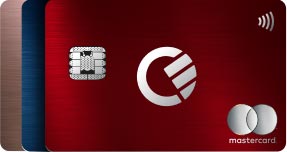 Card: You get a funky 18g brushed metal card in red, blue or rose gold.  I have been trialling the blue one and it is a bit boring to be honest so I’d recommend one of the others!

There had been rumours that Curve Card was introducing fees for paying the Inland Revenue after it sent out a questionnaire recently seeking views on the topic.

What is new here is the addition of charges for ALL debit card payments made with a Curve Card which are recharged to a credit card.

If the structure above turns out to be correct then many of our SME readers will still be OK.  They will have £50,000-worth of HMRC charges per year across VAT, PAYE, income tax etc and the upgrade to Curve Metal can be justified if you have a generous Visa or Mastercard credit card linked.

Let’s see if anything changes between now and the proposed launch date of 21st January.

If you have read this article without knowing anything at all about Curve Card, read my introductory article here.  As it explains, Curve Card is free at the basic level and Curve will actually pay you £5 for trying it out if you use my refer-a-friend code.

If you are looking to apply for a new credit or charge card, here are our January 2021 recommendations based on the current sign-up bonus.

If you are a sole trader or run a small company, you may also want to check out these: