Qantas and Air France-KLM have a launched a new partnership which allows you to collect Qantas Points on ALL Air France and KLM flights.  As you can redeem Qantas Points for British Airways flights, this opens up interesting new opportunities.

Before I cover this in detail, let’s look at the background to this deal.

Qantas and Air France-KLM have an established codeshare

Late in 2018 we covered the new codeshare agreement between Qantas and Air France-KLM.  This is an interesting deal because the airlines are part of different alliances – Qantas is a member of oneworld, alongside British Airways, whilst Air France and KLM are core members of SkyTeam. 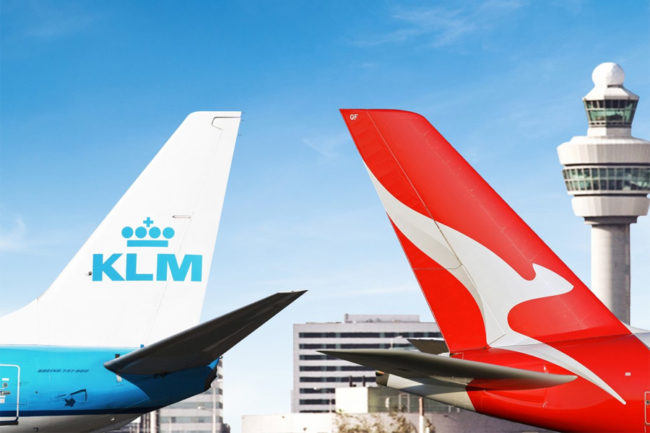 We have previously covered one strange little quirk from this new arrangement.  If you fly on KLM or Air France from Amsterdam or Paris to Singapore or Hong Kong, booked under the Qantas codeshare so your flight has a QF flight number, you can credit it to British Airways Executive Club and earn Avios and tier points.

It is important to note that Qantas is the only oneworld airline which lets you earn Avios and tier points when your flight has a oneworld flight code BUT is operated by a non-oneworld carrier.  The reasoning behind this is lost in the midst of time but relates to the now-dissolved BA and Qantas joint venture between the UK and Australia.

The Qantas joint venture with Air France-KLM has evolved

Last week, Qantas and Air France-KLM announced a deepening of their relationship.

You can now earn Qantas Points on ALL Air France and KLM flights.  They don’t need to have a Qantas flight number – any flight with an AF or KL flight number which is operated by Air France or KLM (no codeshares) counts.

For UK residents, this opens up an interesting option.

If you fly Air France or KLM on a regular basis, you could start crediting your flights to Qantas Frequent Flyer instead of Flying Blue or any other SkyTeam frequent flyer partner.

This would allow you to redeem your points for British Airways flights, or indeed any other oneworld partner flight, via Qantas.

This isn’t necessary as great as it sounds though.  There are a few reasons why this may not be a great idea:

Firstly, you can’t merge your Qantas Points and Avios together.  You could book a one-way British Airways flight on Avios and book the return flight using Qantas Points.

Secondly, it isn’t easy to top-up your Qantas Points if you are short of what you need for a redemption.  They are not a UK American Express Membership Rewards partner, for example.

Thirdly, the Qantas Frequent Flyer reward chart is not hugely generous.  Take a look here at their chart for redemptions on partner airlines such as British Airways (the original is here) and remember that this is one-way pricing: 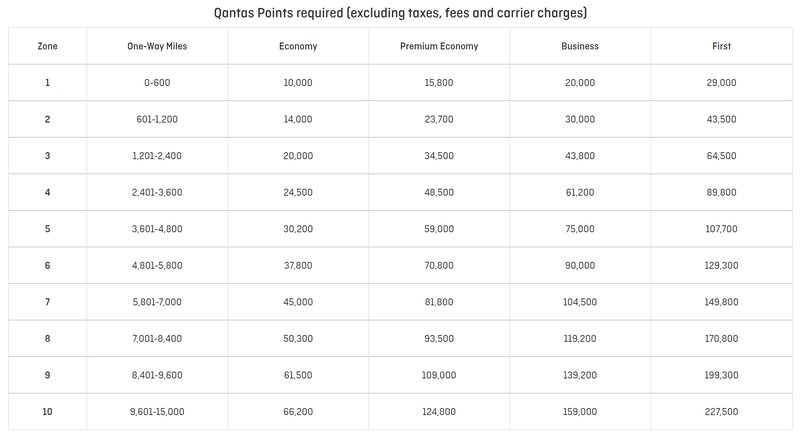 Fourthly, you would be paying full taxes on European British Airways redemption flights – which is how most HFP readers would use a small pot of Qantas Points – instead of the reduced Reward Flight Saver fee of £35 return in Euro Traveller.  These flights will also, in general, require more Qantas Points than BA would require Avios.

Starting VERY soon, you will be able to credit all Air France and KLM flights to Virgin Flying Club.

This is probably more attractive than crediting them to Qantas Frequent Flyer, because there are far more options for topping up a Virgin Flying Club balance.  It also opens up a new wave of airlines on which you can redeem.

I am expecting an announcement in the next few weeks on when you can start crediting Air France and KLM to Virgin.

If you have occasional Air France and KLM flights but have zero interest in Flying Blue miles, this new Qantas partnership gives you a new option which can see you ending up with a British Airways redemption.

For many HfP readers, however, I think Virgin Flying Club will soon be a more natural place to credit their Air France and KLM activity.