British Airways has just launched its ‘January’ sale. This is the big sale event in the BA calendar and you can usually find some good fares.

The best way to see what is available is via the ‘low fare finder’ page on the British Airways website here.

The main home page for the sale is here.

The sale is on until 30th January so you have plenty of time to make your mind up!

There are fewer North American deals to be had in this sale. New York, which is usually discounted to around the £1,300 mark is not even close! There are, however, some good deals on routes that don’t often see lower prices, including:

These are genuine deals – Nashville is roughly £200 cheaper than it has been in other recent sales, as are many of the other destinations. Availability includes July and August, which is excellent. 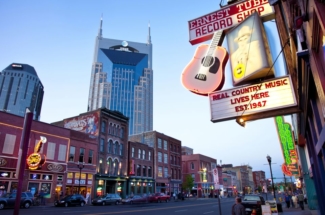 The best deals, however, are to be had on Caribbean routes. These are all significantly cheaper than they have been in recent sales, where they have often been £2,000+. You’ll find the lowest prices are available August to October 2020:

Two other options worth considering include:

Not only are these some excellent deals, but you’ll also have the chance to try BA’s new Club Suite, which will be rolling out to 30% of the longhaul fleet next year. Boston, Philadelphia and Washington DC will all get the A350 at some point next Summer, and refurbished Boeing 777s will be plying many other routes across the BA network.

Since we recently reviewed World Traveller Plus (see here), it’s worth mentioning that on certain routes, British Airways is reducing the cost of premium economy to only £199 more than economy as a promotional offer.

Use the low fare finder to find the best deals – in general, they are available on the same routes as the ones outlined above.

Remember that the additional Avios will offset a fair proportion of the £199, and if you are chasing British Airways status then the extra tier points are an added benefit.  You can also upgrade your seat with Avios to Club World / Club Suite if availability opens up.

In terms of Avios, as an example, World Traveller Plus to Washington Dulles earns 3,672 Avios each-way.  This compares to just 918 Avios each-way for the cheapest World Traveller (economy) ticket.  That is an extra 5,500+ Avios on a return flight, and you would get substantially more to the US West Coast or Asia.

Get an even better deal with BA Holidays

There are also some good deals over at BA Holidays, assuming you are happy to package in a hotel with your flight (and you can often make substantial savings if you do).

Some headline Club World deals are:

Remember that you don’t need to pay now when you book a BA Holidays package.  You just pay a deposit and can settle the balance up to five weeks before departure.

You also earn an extra 1 Avios per £1 when you book BA Holidays packages.  This is on top of the standard Avios you receive from the flight and the double Avios you would receive if you pay with a British Airways Premium Plus credit card.

The only downside is that flights booked as part of a BA Holidays package do not earn anything in the British Airways On Business SME loyalty scheme.

We will have a separate look at Club Europe next week.  However, one standout deal is Helsinki for £195 return.

Helsinki is a 160 tier point route and, if you’re looking for British Airways status, £196 for 160 tier points is a great deal.  (A ‘fair’ price is usually seen as £2 per tier point.)   If you have a BA Gold card, you’ll also be able to use the new Finnair Platinum Wing lounge on the way home, which we reviewed here.

You can find out more on all of these sale deals in the sale section of ba.com here.