Virgin Atlantic has announced that it is ending its partnership with Air China.

It issued a statement to say: 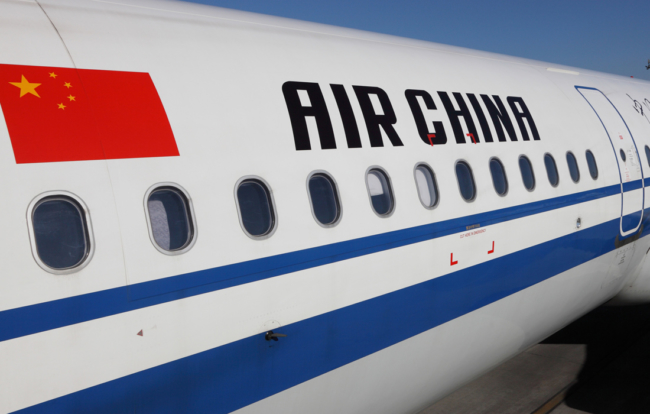 If you have any queries or would like to retrospectively claim miles, please contact our call centre.”

The glory days of Air China redemptions had already passed, in any event.   Until May 2018, Air China was THE sweet spot in the Virgin Atlantic reward chart.

Who are Virgin’s other airline partners?

Virgin Atlantic is not in a major airline alliance, despite Delta Air Lines – a core plank of the SkyTeam alliance – being a 49% shareholder.

Despite that, the airline does have a number of airline partners with whom you can earn and redeem Flying Club miles.  These include :

…. plus of course its shareholder Delta.

There is no standard partner redemption chart in terms of miles needed and it is difficult to get your head around what is a good deal.

We will come on to ANA in a minute, which is the infamously good one.

Apart from ANA, the only deal – on paper – that looks good is business Class on Air New Zealand, London to Los Angeles for 75,000 miles return.

However, in reality, you can pretty much forget the Air New Zealand option unless you want a regional flight.  It makes very little award space available from London for Star Alliance members, let alone partners.  Of course, this doesn’t matter anyway as Air New Zealand will no longer fly to London from October 2020.

Tokyo is your best choice

There is another good option – ANA, the Japanese airline.

Assuming you are based in the UK, these are the key numbers you need to know:

Note that one way redemptions are not possible.  You may also find it tricky to find two seats per flight although one is more straightforward.

These are exceptionally good rates in Business and First.  For comparison, this is what you pay using Avios for a BA or JAL redemption:

The price gap between Avios and Virgin miles is stunning.  Even with a British Airways American Express 2-4-1 voucher, it is STILL a better deal to use Virgin miles most of the time when travelling Business or First Class.

Even better, there are no fuel surcharges added to ANA redemptions using Virgin miles.  You will have to pay the usual Air Passenger Duty, Heathrow departure taxes etc.

Anika flew down to Tokyo with ANA in 2017 and you can read her review of ANA’s Business Class product here.  It is good.  And, of course, you now get (on the right plane) the fantastic new ‘THE Room’ business class suite.   This won ‘Best New Business Class Seat (Editor’s Choice)’ at the 2019 Head for Points Travel & Loyalty Awards.

Big changes are coming to Virgin’s airline partnerships, of course

Potentially the biggest upheaval in the UK frequent flyer game in 2020 is going to be the addition of Air France and KLM as Virgin Atlantic Flying Club partners.

You will be able to redeem Virgin Flying Club miles on Air France and KLM.  This opens up a huge new range of redemption possibilities.  Virgin Atlantic has become very USA-centric in the last few years but this new partnership will open up pretty much the entire world.  Choosing Virgin over BA will become more attractive when you have such a wide choice of redemptions.

UK flyers who travel with Air France or KLM (which I know is a lot of HFP readers) will be able to credit their flights to Virgin Flying Club instead of Flying Blue.  It is likely that they will count for status, and that Air France / KLM will recognise that status when you fly with them.

I am quite excited – mainly because my wife has 1.2 million Virgin Flying Club miles.  This should go live in the next few weeks.

The loss of Air China, and the end of Air New Zealand’s UK services, are gutting the Virgin Atlantic partner reward chart.  Only ANA remains as a genuine gem if you are flying from the UK.

The arrival of Air France and KLM as partners will hopefully be a step change.