You would imagine that the credit card industry would be in a better place than most at the moment.  Compared to owning an airline, hotel, restaurant or retail chain, the credit card space seems very attractive.

Consumer spending may be reduced due to lockdown, but most people are still getting paid.  Those on 80% salary via furlough are probably no worse off after saving on commuting, will be spending far less on discretionary items and may even be able to pay down some existing debt.  People are at home and actually have time on their hands to deal with projects they normally put off, like tweaking their card portfolio.

It doesn’t seem to be the case, however.

The IHG Rewards Club Premium credit card still shows on the main landing page here but if you click through you get a message saying:

Unfortunately, we are no longer accepting applications for this card and we apologise for any inconvenience that this may cause. 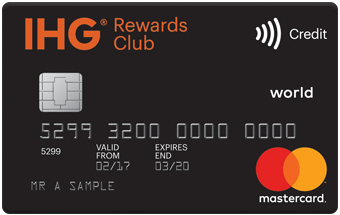 Is this a one-off?

No.  This isn’t the only card that Creation has pulled.  If you visit their home page you will see that they are only currently taking applications for two credit cards.

One of these is the free IHG Reward Club credit card which remains open to new applicants.

All of their other cards have disappeared.

I also know of some other cards – not ones we feature – which are about to be pulled by another issuer. 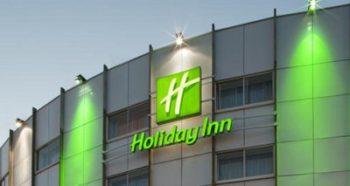 Why are credit cards being removed from the market now?

It is an old cliche that banks are happy to lend you money when you don’t need it, but won’t lend you any when you do.  The fact that it’s a cliche doesn’t stop it being true, however …..

The reality is more complicated.

As you may have read, the Government, via the Financial Conduct Authority, has instructed credit card companies to allow cardholders to miss up to three monthly payments without it impacting their credit report.  The same applies to personal loans.  This rule kicks in from tomorrow – note that you need to ask permission from your lender before you stop paying.

This is a problem for card companies because it means defaults will not be reported.  No card company would give a new credit card to someone who was three months in arrears on their existing cards, but it is now impossible to know if a new applicant is already in arrears or not.  Taking on new customers has become very risky.

Another issue is that customer acquisition is labour intensive.  As well as all the background checks – parts of which often need to be done manually – you will have customers who may need to call up to activate cards or set up direct debits.  Much of this cannot be done by home-based workers due to the necessary IT security required.

New lending also needs to be funded.  Card companies which are growing need to continually raise new money, from their shareholders or the debt markets, to fund purchases being made by their new cardholders.  There will also be a squeeze on funding as existing cardholders take advantage of the three month payment holiday.  Raising extra money is difficult at the moment. 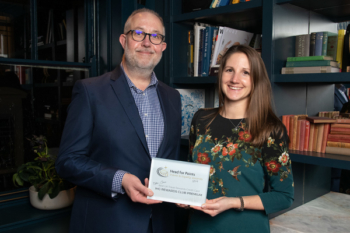 It is very sad to see this card go, if only because I now have to rewrite huge numbers of HFP evergreen articles which discuss our favourite credit cards 🙂

We liked the card so much that we gave it an ‘Editor’s Choice’ award in the Head for Points 2019 Travel & Loyalty Awards.  Above is a photo of the IHG and Creation team collecting it at our winner’s dinner.

The headline features of this card were:

20,000 IHG Rewards Club points for joining and spending £200 in the first three months – these were worth about £80 of free hotel rooms or transferable to 4,000 Avios points or other airline miles

4 IHG Rewards Club points per £1 when you pay at IHG hotels.  This would be roughly a 1.6% return which is very good.

A free night voucher for any IHG hotel for spending £10,000.  Use it at the InterContinental Paris, London, New York etc and you could be looking at £250 of value.

It is important to note that points from day-to-day spend counted towards elite status.  A heavy spender could get Spire Elite status – requiring 75,000 points – simply by putting £37,500 of spending through this card.

For long term spending IHG Rewards Club Premium was a very good card.  Imagine spending £10,000 on the card in a year.  You would get:

Those points count towards status, which could be important if you are pushing for Spire Elite

Your free night voucher, worth say £250 if used at an expensive InterContinental

You also need to add in whatever value you ascribe to getting free Platinum Elite status in IHG Rewards Club.

To my mind, there was no better Visa or Mastercard available in the travel rewards sector.  I will do a piece over the next week or so on what I now recommend.

For clarity, if you currently have the IHG Rewards Club Premium Mastercard then I wouldn’t worry.  Creation has confirmed to me that nothing will change for existing cardholders and that the free version of the card will continue to be available.