Lufthansa Group, which includes Austrian Airlines, SWISS, Brussels Airlines, Eurowings and Germanwings, has decided that a permanent restructuring is necessary in order to meet the suppressed demand for air travel in the next few years.  The airline is currently flying just six long haul routes.

Crucially, it believes that it will take “years until the worldwide demand for air travel returns to pre-crisis levels.”  In order to ensure the company’s long term survival it has decided to undergo significant capacity reduction.

In total, Lufthansa Group is getting rid of over 70 aircraft.  At Lufthansa, six of its 14 A380s are being retired immediately. These were originally due to be returned to Airbus in 2022.

A further five Boeing 747-400s and seven A340-600s are also being removed from the fleet.  This equates to a 10% capacity reduction in long-haul flying for Lufthansa itself.

The airline is shedding its most inefficient aircraft first – older A340s (on average 14 years old) and Boeing 747s (with an average age of 21 years), both of which are four engined aircraft.  Its fleet of fuel efficient A350s is unaffected.

Lufthansa Cityline is withdrawing three A340-300s from service whilst the Eurowings fleet will reduce by 10 A320s.  SWISS will be delaying the arrival of its new aircraft orders.

A further 30 wet-leased aircraft will be returned to lessors. Germanwings, which previously flew 15 short haul aircraft for Eurowings, will be shuttered completely. 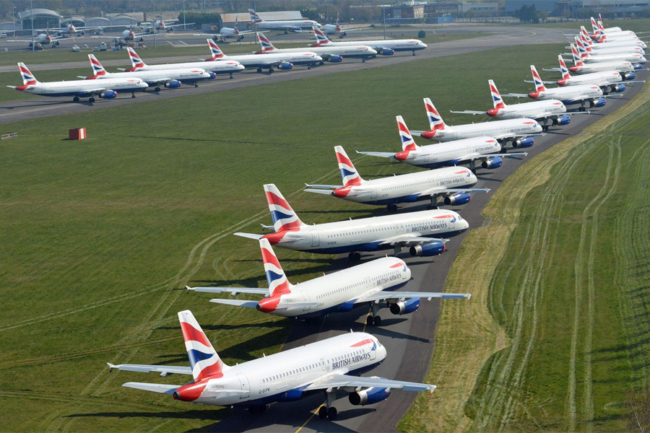 What does this mean for British Airways?

With a combined fleet of 763 aircraft, Lufthansa Group is larger than British Airways owner IAG, which has a fleet of 570.  Lufthansa is also the first of the three large European airline groups to announce permanent changes to its fleet.

It is highly likely that we will see both IAG and Air France KLM follow suit.

If IAG follows Lufthansa’s 10% capacity reduction we can expect it to shed around 55 aircraft across BA, Iberia, Aer Lingus, LEVEL and Vueling.  The obvious thing to do is remove old and inefficient aircraft from the fleet.  Whilst fuel prices are currently low, masking their inefficiency, this is unlikely to be a long term benefit.  Older aircraft also require additional maintenance.

At British Airways, the obvious move is to bring forward the retirement of the Boeing 747 fleet.  Originally due to be retired by 2024, the average age of the fleet is 23 years.  These aircraft are fully depreciated.

At Iberia, the same can be said for its A340 fleet. Although younger than BA’s Boeing 747s, the A340s are inefficient with their four engines.

Short haul is easier to trim as you are looking at a focused fleet of A319, A320 and A321 aircraft which can easily be picked up by other airlines.  British Airways is currently in the midst of a steady fleet renewal program.  By ditching a greater number of older aircraft today than originally planned it can quickly reduce the fleet in the short term in the knowledge that a steady stream of new aircraft are on order to rebuild it in a few years’ time. 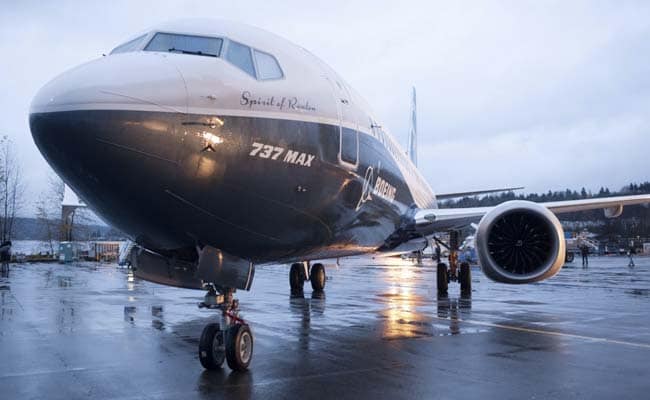 What about IAG’s Boeing 737MAX order?

You may remember IAG’s surprise Boeing 737MAX order last year in the midst of the MAX crisis. The ‘letter of intent’ (not, legally, a firm order) was for 200 aircraft with delivery slots from 2023-2027.

Whilst it wasn’t clear at the time whether IAG actually intended to turn these options into firm orders or simply use it to negotiate with Airbus, the future of this order is clearly uncertain.

Having said that, 2023 is far enough away that (touch wood) air travel will have rebounded to its pre-pandemic levels.  By reducing the fleet in the short term IAG may actually be in need of these aircraft.

For the very brave, there is another game to be played.  There are 400 Boeing 737MAX aircraft sitting, finished.  A large proportion of these will now never be delivered to their original customer.  A savvy operator – admittedly more likely to be Ryanair than IAG – could offer to buy 100 for, say, $25 million each and retire an equivalent number of older aircraft.  It would be a transformative deal if the capacity could be used.

Will British Airways ever return to Heathrow Terminal 3?

Fewer aircraft means fewer flights and less of a need for additional airport capacity.  Whilst British Airways was running a significant number of flights from both Heathrow Terminal 3 and Gatwick, we might see it pull out completely of one or the other.

The obvious choice is to withdraw from Heathrow Terminal 3 and consolidate at Terminal 5, enabling improved connections for all flights. However, there have also been rumours of American Airlines moving in to Terminal 5 with British Airways.  It is unlikely that BA will cut capacity so far that both of these things could happen.

Gatwick is a different story.  British Airways currently has 14 Boeing 777 based at Gatwick in a denser, less premium-heavy configuration. As these aircraft have all been recently refurbished (albeit with the legacy Club World seat and not Club Suite) we are unlikely to see any of these aircraft retire early.

We might, however, see some move over to Heathrow. BA’s operations at Gatwick are far less reliant on business travel and are dependent on the pick-up of leisure traffic.

It is impossible to predict how quickly people will start booking travel again but if there is a significant reduction in holiday bookings we can expect fewer flights from Gatwick.

The future is uncertain

We are currently in uncertain times. Nobody knows when travel restrictions will be lifted or how passengers will respond once we are free to fly again.  Even if passengers want to fly, we don’t know how quickly countries will start accepting tourists again – with BA particularly dependent on the US.  The refusal of travel insurers to cover coronavirus could also keep many people at home.

Lufthansa thinks it will take years for air traffic to peak again.  It’s not clear whether British Airways agrees, but if it does we are likely to see some aggressive reshaping of its fleet.