American Express Platinum has begun offering 20,000 Membership Rewards points to some people who ring up and threaten to cancel their card.

I say ‘some’ because when I called up myself I didn’t receive any offer.  It is definitely happening though – here is a screenshot from a reader who was given 20,000 points on Thursday:

There is no pattern here, it seems.

Reader 1 called up on Wednesday to ask if there was anything better to stop him cancelling than the ‘double points on spending’ offer.

The agent looked into his system and found an offer which he told the caller he thought had just been added.  He then read out from his screen, to paraphrase:

“To thank you for your loyalty and to acknowledge the loss of benefits in the current situation, we would like to offer you 20,000 points which will be added to your account immediately. With the current promotion, this has a value of £180 which in turn is 1/3 of your annual fee. “

The next day, the points were there as you can see from the screenshot above. 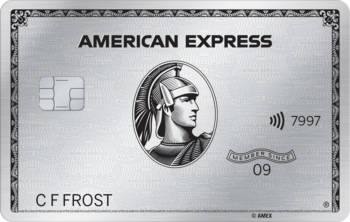 Reader 2 called up on Thursday.  With no flights now booked, and with no immediate use for the card benefits except for the travel insurance (now not needed) he called to cancel.

The reader was also offered 20,000 Membership Rewards points.  However, he would not receive these until a week after the annual fee was paid, which is due in two months.  The agent kindly reminded him that nothing stops him cancelling immediately after the points appear for a pro-rata fee refund.

It is worth noting that Reader 1 has a card which renews in August, which may be why he was offered the points immediately. 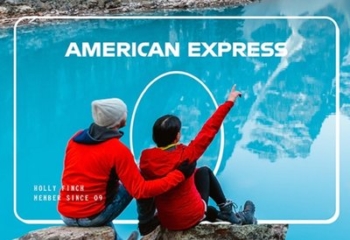 Reader 3 is me!  Emboldened by these cases, I thought I’d call up.

I thought I was on solid ground, to be honest.

I have held Amex cards for 20 years, with my Platinum for probably 17-18 years

I very rarely spend on the card, holding it primarily for the travel benefits and because I get my British Airways Premium Plus American Express for free (this is a grandfathered benefit for anyone who held a Platinum card on the day the BA Amex cards launched).

The only option I was given was to downgrade to the Gold card and to have the annual fee waived for the first year.  This is the usual response judging from other readers who have cancelled recently.  I pushed harder and was put on hold for a couple of minutes, but the agent came back to say that there was no other option.  I could cancel or I could downgrade to Gold and get a free year.  I made my excuses and left.

I’m not sure what we should conclude from this.  On Monday there will be some interesting news which has a bearing on this case, as they say.  If you have nothing better to do for 10 minutes over the next few weeks (do NOT all ring today because you can be pretty sure you’ll be marked out as a HFP reader!) you might want to give it a go.  There’s nothing to lose, except a little bit of your dignity!

UPDATE, Saturday lunchtime:  It appears that UK Amex call centre agents are all working from home at the moment.  The 20,000 point offer IS, I am told, “in the system” but not all agents know it exists or how to apply it.  There is a online discussion group for the call centre agents which includes an explanation of how to find it and apply it.  My own failure to get the bonus appears to be down to the fact that I called at 6pm and so was diverted to a US call centre (the woman I spoke with did have a US accent) who did know about offers for UK cardholders.