British Airways has just given cabin crew details of the new contract and pay package for staff at London Heathrow which they must accept if they wish to remain with the airline.

It is VERY grim reading for legacy Eurofleet and Worldwide crew members, many of whom will have to accept a substantial pay cut of up to 50% if they wish to remain. 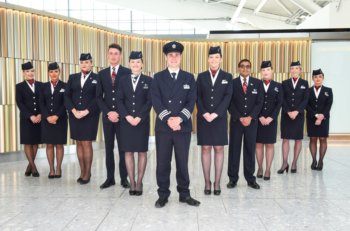 What is the new British Airways cabin crew package?

BA is promising an OTE package of £24,000 for standard crew.   This comprises basic pay, flight pay and other allowances.

There is the potential for extra income on top, such as commission from in-flight sales.  There is a contributory pension scheme and optional health and insurance benefits.

It is worth noting that the unions have often claimed that British Airways ‘OTE’ figures are more than the majority of crew receive.  For example, the £24,000 figure includes the allowance that crews receive to pay for food in hotels whilst travelling.

Initial feedback is that even existing Mixed Fleet crew will be taking a cut in overall pay and benefits on this new contract although the exact figures are not available.

The contract allow for 30 days of annual leave, but this includes public holidays.  The equivalent for an office worker would be 22 days holiday, given that there are eight public holidays each year.

For clarity, there will be no ‘zero hours’ contracts offered. 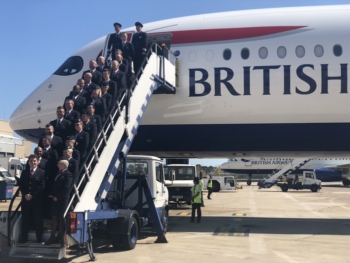 What grades are available?

The new structure has only two grades.  A substantial number of existing senior crew members will be required to downgrade to the level of ‘basic’ crew if they wish to remain.

Some short-haul flights will have no managers on board.

Managerial crew must be willing to take on standard cabin crew roles on certain flights if required.

Crew must agree to work in departure and turnaround roles inside Heathrow if required.

What aircraft will be flown?

All cabin crew will fly a mix of long-haul and short-haul services.

This will force many existing legacy crew members to resign.  Eurofleet (Heathrow short-haul crew) are unlikely to want to move to spending large amounts of time away from home.  Worldwide (Heathrow long-haul crew) are often based outside London – some even live abroad – and commute to London for each of their 3-4 monthly flights.  This lifestyle is not possible if a short-haul requirement is added.

One upside of combining the fleets is that those who remain will be able to bid for flights across the entire network.  At the moment Heathrow crew are restricted to the routes allocated to their particular fleet, ie Mixed Fleet, Eurofleet or Worldwide.

In general, this is what we expected to see – and, for legacy Heathrow crew, it isn’t pretty.  I would expect the majority of Eurofleet and Worldwide crew, who by definition have at least 10 years of British Airways service, to refuse to accept the new contracts.  Most will find it financially or logistically impossible to continue.