Perhaps not surprisingly, British Airways has postponed the launch of its Heathrow to Newquay service.

The first flight was due to take place on 2nd July.

The delay is only a short one, however.  The first flight is now scheduled for Saturday 18th July although there are now only three flights per week initially.

I am booked on this for the August Bank Holiday weekend so hopefully it does go as planned. 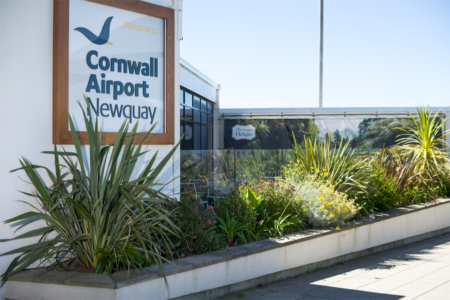 As far as I know, there is still no word on who is picking up the contract to run subsidised flights between Newquay and London.  Until it collapsed, Flybe was paid £850,000 per year by the Government to underwrite the cost of operating year-round flights between Newquay and London.  The service had been running into Heathrow but Flybe had negotiated a deal to move flights to Gatwick in return for launching additional routes out of Newquay.

Newquay Airport was hit particularly hard by the collapse of Flybe, which accounted for 66% of its passenger traffic.  Given the current economic circumstances, it is possible that British Airways shows more of an interest in picking up the Government subsidy and operating the route year-round.

Our last review of the Executive Lounge at Newquay Airport is here.