The British Airways lounge art saga has come to an end and it has raised a grand total of ….. £2.2 million.

Bridget Riley’s ‘Cool Edge’ piece accounts for the lion’s share of the revenue, reaching £1.875 million.  The remaining 16 items account for the remaining £326,875 and sold well in excess of their estimates. 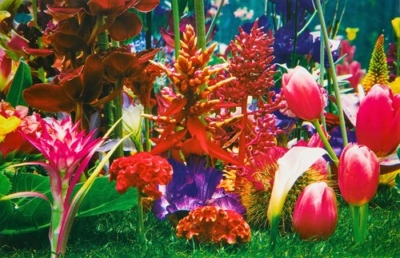 These numbers include ‘buyers premium’, however, which goes to Sotheby’s.  The hammer price will have been lower.  British Airways also has to pay its own fee to Sotheby’s.

Whilst arguably it was sensible to sell ‘Cool Edge’, the sale of the other pieces look more politically motivated.  A set of eight Marc Quinn images, including the one below, fetched £7,500 including buyers premium.  BA will only receive around £4,500 at a guess which cannot even begin to cover the staff time involved or the cost and installation of eight pieces of replacement art.