Because most frequent traveller currencies can be converted into something else, there are always odd opportunities that get thrown up. Sometimes you can do a conversion which you would logically not expect to be possible.  This is one of them.

In general, a golden rule of airline programmes is that you cannot convert OUT of them. Pretty much every hotel and car hire programme lets you convert INTO airline miles, but very rarely the other way.

The main exception is Hilton. There were once quite a few airlines that let you convert INTO Hilton Honors points, including American Airlines, but they have gradually been chipped away.  Virgin Atlantic is the last major airline offering a conversion into Hilton Honors points.

The rate isn’t great, to be honest.  Take a look here. Virgin Points can be converted into Hilton Honors points at the rate of 2:3 (minimum 10,000 Virgin Points, and in multiples of 10,000).

Virgin Atlantic also lets you convert into IHG Rewards points.  Take a look here.  The conversion rate is 1:1 (minimum 10,000 Virgin Points and in multiples of 5,000).

I value a Hilton point at 0.33p and an IHG point at 0.4p.  Whichever way you go, you won’t be getting more than 0.5p of value for each Virgin Atlantic point you move.

However, for anyone who earns Virgin Points through work but doesn’t like redeeming them for flights due to the taxes and charges involved, or the restrictions of the Virgin Atlantic route network, this could be an acceptable way to use them. 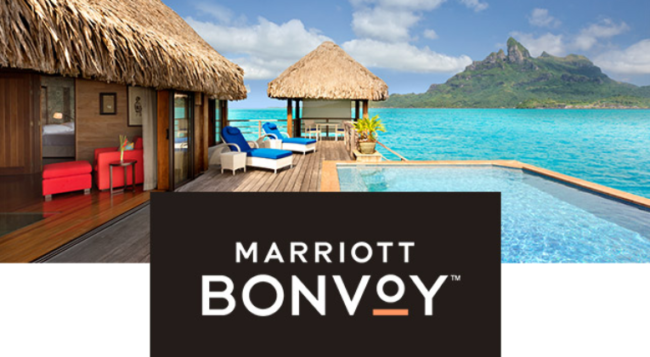 This leads us on the article headline – can you convert Marriott Bonvoy points into Hilton Honors or IHG Rewards points?  It turns out that you can – at a price.

Most hotel programmes allow you to convert your hotel points into airline miles.  By far, the most attractive rate is offered by Marriott Bonvoy. The usual transfer rate is 3:1, but you get a 25% bonus if you convert 60,000 Bonvoy points at once into airline miles.

You could therefore do the following transfer:

WARNING:  You won’t gain any value by doing this.

Earn a huge 5x IHG Rewards points for bookings made on Monday and Tuesday!

Review: the Kimpton St Honore Paris hotel – is the new European flagship worth a visit?

Review: the Kimpton St Honore Paris hotel – is the new European flagship worth a visit? (Part 2)