Finnair has launched another of its periodic sales on Economy and Business Class tickets to India and Asia.

You can see full details here.

Economy tickets start from £449 to Chongqing. 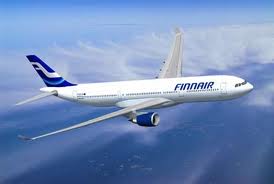 You need to book by April 18th, apart from Bangkok.  There are other destinations included apart from those highlighted on the website, so if you are heading anywhere in Asia it is worth pricing them up.

Remember that Finnair is a oneworld alliance member like BA, so your flights will earn Avios and BA tier points.

You can depart from either Manchester or London.  Because of the routing over the pole, flight times to most parts of Asia will not be substantially worse than flying direct on BA.

Here are the full terms and conditions for the Business Class fares: