Cruising does not fall under the usual remit of Head for Points – there are specialist blogs and forums such as CruiseCritic or Duckling Cruises dedicated to the subject if you are interested.

However, Head for Points readers are obviously interested in travel and in getting a good deal, so I was interested when reader Tim contacted me to tell me about the ‘repositioning cruises’ he regularly enjoys.

For the cruise companies, time is money.  Any day when the ship is not full of passengers is a day when they are losing money.  However, it is occasionally the case that a cruise will finish in a particular port and the next cruise is to due to depart from somewhere else.  The ship needs to get back to Britain or wherever the new cruise starts, but the cruise line does not want it to travel empty. 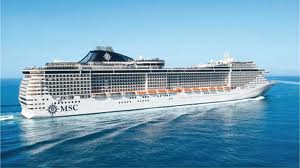 The solution is the ‘repositioning cruise’ – a cruise which takes in a slightly odd routing, from an often odd starting point to an odd destination, but with all the usual on-board service and benefits.  And sold to you for a bargain price.

Repositioning cruises are especially interesting for solo travellers, or those travelling with friends who prefer separate cabins.  Cruise lines often reduce their sole occupancy supplements sharply for these cruises.  MSC Cruises, for example, will charge NO single occupancy supplement when a repositioning cruise first goes on sale, compared with their usual 100% premium.  If the cruise is 50% of the standard daily rate for that ship, a solo traveller is effectively getting their trip for just 25% of what they would otherwise pay.

However, for a lot of people, taking a repositioning cruise is difficult.  By default, you only need a one-way flight to wherever you will join the ship.  And most airlines still do not sell cheap one-way long-haul flights.

This is where Avios can come in very handy.  Most frequent flyer schemes, including Avios, allow one-way redemptions.  And even economy redemptions – usually a bad deal because of the taxes charged – look like a good deal when you compare them with the cost of a one-way cash ticket.  (Or indeed the cost of buying a return cash flight and throwing away the return half.)

The current bargains are all with MSC.  Their (UK-only) pricing on repositioning cruises is £25 / £35 / £45 per night for  inside / outside / balcony cabins with zero solo-occupancy supplements. Flights are never offered and these would otherwise work out pricey – a one-way to South America is often the same or more than a return.

The MSC loyalty scheme is called the MSC Club and after just two cruises, I now get 8% off their cruise fares so have paid just £230 for the 10-night repo from Sharm el Sheikh to Venice.

Travel agents are (illegally) not allowed to discount MSC cruise fares so the best place to find fares and book is probably with MSC’s own website. Here is the list of repo cruises in price order.  2014 availability is currently being loaded.

For other cruise lines U.S. fares are usually the lowest and so here is a list of repos of all lines in strict “cost-per-day” (actually cost per night) order.  You will see that, unlike MSC, the lowest fares are short-notice and the current lowest is under $22/night.

This post is obviously only a basic introduction to the subject.  However, if it whets your appetite for a few days at sea, there are plenty of other online resources out there.

(You can, by the way, also experience the Queen Mary II on short, cheap post-engineering cruises.  The Queen Mary II undergoes its routine maintenance work in Hamburg, after which it needs to sail back to Southampton to start its next cruise.  Cunard sells tickets for the 2 day cruise from Hamburg (which itself is easily reached with an Avios Reward Flight Saver ticket).  This one, for example, starts at £259 per person.)