Back in November, I wrote about a pretty decent promotion that Club Carlson (the Radisson, Park Inn, Park Plaza hotel programme) has launched with Avis.

As you can read here, Club Carlson is offering 7,500 points for crediting a 3-day Avis rental to them.  As 2,000 Carlson points = 250 airline miles, including Avios points, that is a decent deal.  This promotion runs throughout 2013. 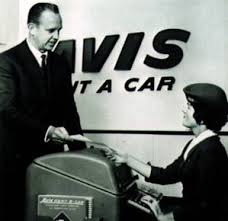 Avis has now launched a better version.  Via this link, you will receive 9,000 Club Carlson points for a 3-day Avis rental, at any point in 2013.

9,000 Club Carlson points is a good deal.  You can get a night in one of their cheapest hotels for 9,000.  You only need 50,000 points for one of their luxury redemptions, such as The May Fair hotel in London.

I would value 9,000 Carlson points at around £45 if used well for hotel stays.  Remember that you can top up your balance using American Express Membership Rewards points as well, on a 1:3 basis.

You can, of course, also earn a decent amount of Avios via Avis by crediting your rentals to Iberia Plus where you will earn 300 Avios per day (more for some car groups).  However, the Club Carlson promotion gives you the flexibility to credit to other airlines if you wish, or redeem for hotels stays.